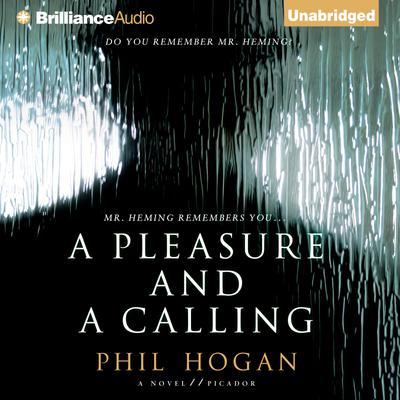 A Pleasure and a Calling

In the tradition of Patricia Highsmith’s Tom Ripley novels comes a deliciously unsettling, darkly funny novel about a man who quietly spies on the private lives of his neighbors.

You won’t remember Mr. Heming. He was the estate agent who showed you around your comfortable home, suggested a financial package, negotiated a price with the owner, and called you with the good news. The less good news is that, all these years later, he still has the key. That’s absurd, you laugh. Of all the many hundreds of houses he has sold, why would he still have the key to mine? The answer is; he has the keys to them all.

William Heming’s most at home in a stranger’s private things. He makes it his business to know all their secrets, and how they arrange their lives. His every pleasure is in his leafy community. He loves and knows every inch of it, feels nurtured by it, and would defend it—perhaps not with his life but if it came to it, with yours. Things begin to change when Mr. Hemings’ obsession shifts from many people to one, and then a dead body winds up in someone’s garden. For a man who is used to going unremarked, Mr. Heming’s finds his natural routine becomes uncomfortably interrupted.