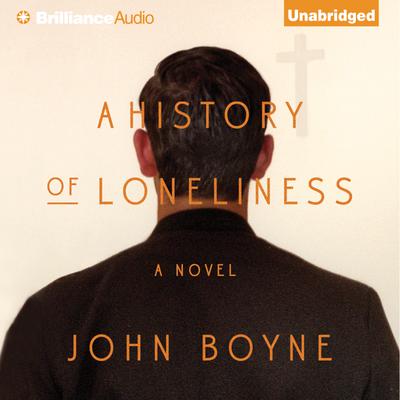 A History of Loneliness

The riveting narrative of an honorable Irish priest who finds the church collapsing around him at a pivotal moment in its history.

Propelled into the priesthood by a family tragedy, Odran Yates is full of hope and ambition. When he arrives at Clonliffe Seminary in the 1970s, it is a time in Ireland when priests are highly respected, and Odran believes that he is pledging his life to “the good.”

Forty years later, Odran’s devotion is caught in revelations that shatter the Irish people’s faith in the Catholic Church. He sees his friends stand trial, colleagues jailed, the lives of young parishioners destroyed, and he grows wary of venturing out in public for fear of disapproving stares and insults. At one point, he is even arrested when he takes the hand of a young boy and leads him out of a department store while looking for the boy's mother.

But when a family event opens wounds from his past, he is forced to confront the demons that have raged within the church and to recognize his own complicity in their propagation, within both the institution and his own family.

A novel as intimate as it is universal, A History of Loneliness is about the stories we tell ourselves to make peace with our lives. It confirms John Boyne as one of the most searching storytellers of his generation.