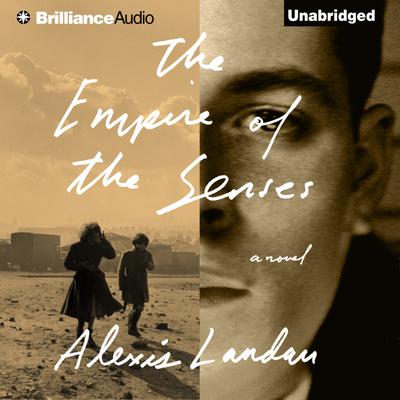 The Empire of the Senses

A sweeping, gorgeously written debut novel of duty to family and country, passion, and blood ties unraveling in the charged political climate of Berlin between the wars.

“Empire of the Senses is lush, smart, sexy, affecting, interesting, beautifully researched and well made. Spending time in the world of this novel is an absolute pleasure.” —Aimee Bender

Lev Perlmutter, an assimilated, cultured German Jew, enlists to fight in World War I, leaving behind his gentile wife Josephine and their children, Franz and Vicki. Moving between Lev's and Josephine's viewpoints, Part I of the novel focuses on Lev's experiences on the Eastern Front—both in war and in love—which render his life at home a pale aftermath by comparison. Part II picks up in Berlin in 1927-1928: the Perlmutter children, now young adults, grapple with their own questions—Franz, drawn into the brown shirt movement, struggling with his unexpressed homosexuality; Vicki, seduced by jazz, bobbed hair, and falling in love with a young man who wants to take her to Palestine.

Unlike most historical novels of this kind, The Empire of the Senses is not about the Holocaust but rather about the brew that led to it, and about why it was unimaginable to ordinary people like Lev and his wife. Plotted with meticulous precision and populated by characters who feel and dream to the fullest, it holds us rapt as the tides of cultural loss and ethnic hatred come to coexist with those of love, passion, and the power of the human spirit.