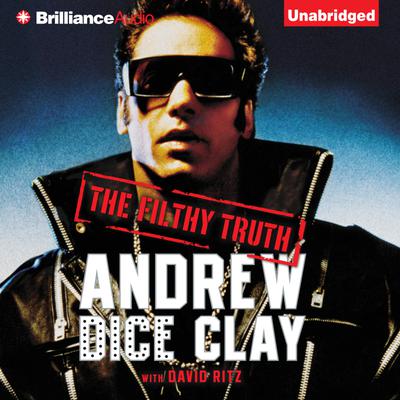 In this unapologetic and uncensored autobiography, Andrew Dice Clay is ready to set the record straight. He was the eighties’ answer to Lenny Bruce, with material that stretched the boundaries of decency and good taste to their breaking point, and in turn became the most vilified stand-up comic of all time.

From humble beginnings Andrew Dice Clay roared to fame, becoming the only comedian to sell out Madison Square Garden two nights in a row, but his edgy material quickly caught up to him. His billboards were defaced; the premiere of his film The Adventures of Ford Fairlane was cancelled; some of the cast members of Saturday Night Live threatened to walk off when he guest-hosted the program; and he was famously banned for life from MTV. For almost twenty years he stayed out of the spotlight, but like a real life Rocky, Dice would not stay down. Spurred by a role written for him by the creator of Entourage and a critically acclaimed starring role in Woody Allen’s film Blue Jasmine, Dice is back in the spotlight and selling out theaters.

Filled with no-holds-barred humor as well as plenty of never-before-shared stories from his comedic career as well as his friendships with Howard Stern, Sam Kinison, Mickey Rourke, Sylvester Stallone, Slash, and many others, The Filthy Truth delivers a knockout punch.