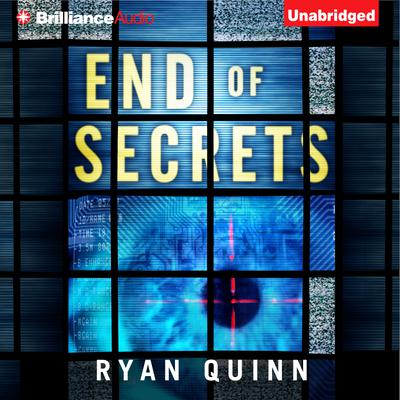 Though her specialty is foreign cyberterrorism, CIA agent Kera Mersal finds herself plunged into a bizarre domestic case. Singers, writers, and artists are disappearing, leaving no trace in a world where everyone leaves a digital footprint. Posing as a journalist, Kera attempts to track the artists’ last-known movements.

On a hunt that takes her from the underground art scene to a rogue domestic spying program, Kera finds her investigation on a deadly collision course with ONE Corp., the world’s largest multimedia conglomerate. As she’s drawn deeper into the investigation, she discovers that an enigmatic young ad exec, a wealthy playboy, and a mysterious website may connect the missing artists and ONE’s growing power. And with each discovery comes confirmation of a terrifying truth—no one’s secrets are safe.

A smartly suspenseful and timely thriller, End of Secrets dives into the depths of our culture’s two most relentless obsessions: entertainment and profit.