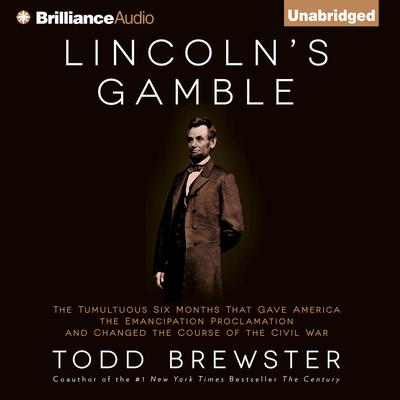 A brilliant, authoritative, and riveting account of the most critical six months in Abraham Lincoln’s presidency, when he penned the Emancipation Proclamation and changed the course of the Civil War.

On July 12, 1862, Abraham Lincoln spoke for the first time of his intention to free the slaves. On January 1, 1863, Lincoln signed the Emancipation Proclamation, doing precisely that. In between, however, was perhaps the most tumultuous six months of his presidency, an episode during which the sixteenth president fought bitterly with his generals, disappointed his cabinet, and sank into painful bouts of clinical depression. Most surprising, the man who would be remembered as “The Great Emancipator” did not hold firm to his belief in emancipation. He agonized over the decision and was wracked by private doubts almost to the moment when he inked the decree that would change a nation.

Popular myth would have us believe that Lincoln did not suffer from such indecision, that he did what he did through moral resolve; that he had a commanding belief in equality, in the inevitable victory of right over wrong. He worked on drafts of the document for months, locking it in a drawer in the telegraph room of the War department. Ultimately Lincoln chose to act based on his political instincts and knowledge of the war. It was a great gamble, with the future of the Union, of slavery, and of the presidency itself hanging in the balance.

In this compelling narrative, Todd Brewster focuses on these critical six months to ask: was it through will or by accident, intention or coincidence, personal achievement or historical determinism that he freed the slaves? The clock is always ticking through this narrative as Lincoln searches for the right moment to enact his proclamation and simultaneously turn the tide of war. Lincoln’s Gamble portrays the president as an imperfect man with an unshakable determination to save a country he believed in, even as the course of the Civil War remained unknown.