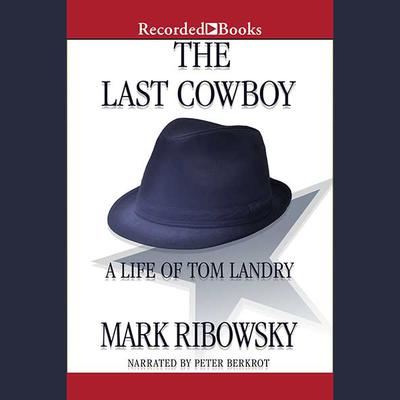 A Life of Tom Landry

"An eloquent, honest tribute to a sports genius." -Publishers Weekly, Best 100 Books of 2013 Movie rights optioned by NFL Films As the coach during professional football's most storied era, Tom Landry transformed the gridiron from a no-holds-barred battlefield to the highly-technical chess match it is today. With his trademark fedora and stoic facade, he was a man of faith and few words, for twenty-nine years guiding "America's Team" from laughingstock to well-oiled machine, with an unprecedented twenty consecutive winning seasons and two Super Bowl titles. Now, more than a decade after Landry's death, acclaimed biographer Mark Ribowsky takes a fresh look at this misunderstood legend, telling us as much about our country's obsession with football as about Landry himself, the likes of whom we'll never see again.