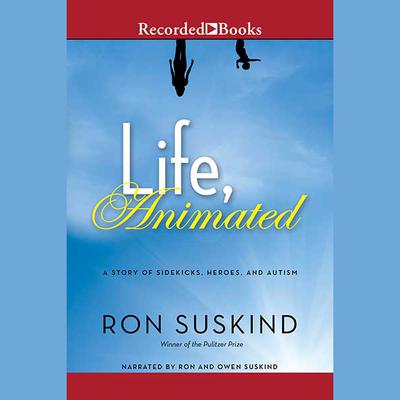 A Story of Sidekicks, Heroes, and Autism

Imagine being trapped inside a Disney movie and having to learn about life mostly from animated characters dancing across a screen of color. "A fantasy? A nightmare?" This is the real-life story of Owen Suskind, the son of the Pulitzer Prize-winning journalist Ron Suskind and his wife, Cornelia. An autistic boy who couldn't speak for years, Owen memorized dozens of Disney movies, turned them into a language to express love and loss, kinship, brotherhood. The family was forced to become animated characters, communicating with him in Disney dialogue and song; until they all emerge, together, revealing how, in darkness, we all literally need stories to survive. RON SUSKIND is the author of the New York Times bestsellers The Way of the World, The One Percent Doctrine, The Price of Loyalty and A Hope in the Unseen. From 1993 to 2000, he was the senior national affairs writer for The Wall Street Journal, where he won a Pulitzer Prize for feature writing. He lives in Washington, D.C.