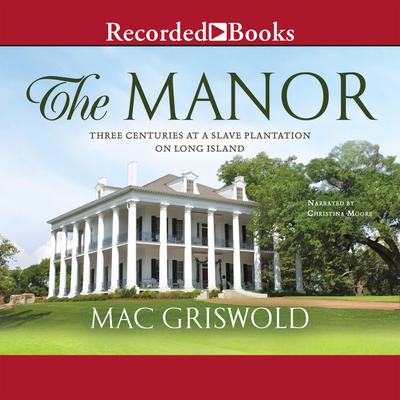 Three Centuries at a Slave Plantation on Long Island

Mac Griswold' s The Manor is the biography of a uniquely American place that has endured through wars great and small, through fortunes won and lost, through histories bright and sinister-- and of the family that has lived there since its founding as a New England slave plantation three and a half centuries ago. In 1984, the landscape historian Mac Griswold was rowing along a Long Island creek when she came upon a stately yellow house and a garden guarded by looming boxwoods. She instantly knew that boxwoods that large-- twelve feet tall, fifteen feet wide-- had to be hundreds of years old. So, as it happened, was the house: Sylvester Manor had been held in the same family for eleven generations. Formerly encompassing all of Shelter Island, a pearl of 8,000 acres caught between the North and South Forks of Long Island, the manor had dwindled to 243 acres. Still, its hidden vault proved to be full of revelations and treasures, including the 1666 charter for the land, and correspondence from Thomas Jefferson. Most notable was the short and steep flight of steps the family had called the " slave staircase," which would provide clues to the extensive but little-known story of Northern slavery. Alongside a team of archaeologists, Griswold began a dig that would uncover a landscape bursting with stories Based on years of archival and field research, as well as voyages to Africa, the West Indies, and Europe, The Manor is at once an investigation into forgotten lives and a sweeping drama that captures our history in all its richness and suffering. It is a monumental achievement.