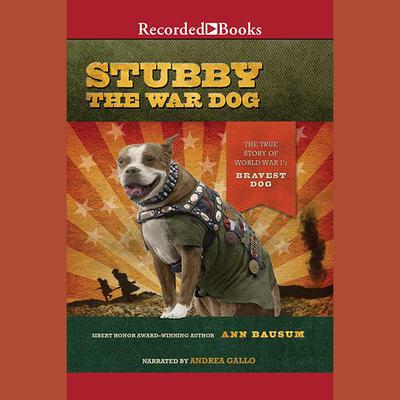 Unedited Jacket copy: The Story of a Dog So Brave He Saved Livesand Won Hearts. This is the true heart-warming story of Stubby, a small, stump-tailed terrier who fought alongside Allied forces on the Western Front during World War I. This brave and clever dog could detect enemy soldiers, impending gas attacks, and even salute higher-ranking officers! But even more, this is the story of the remarkable friendship between an American soldier named Robert Conroy and the stray who adopted him and his unit.