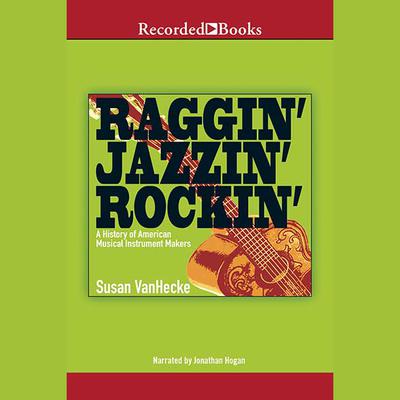 2012 American Library Association Notable Children's Book. 2012 YALSA-ALA Award for Excellence in Young Adult Nonfiction Nominee. Meet the inventors and innovators who defined American music history. A radio repairman named Leo Fender imagined a solid-body electric guitar. The inventor of 3-D glasses, Laurens Hammond, envisioned an electric organ in every home. And a German carpenter named Steinway immigrated to New York City with the dream of designing the greatest piano in the world. From Steinway's pianos, Bob Moog's synthesizers, and C.G. Conn's band instruments to Avedis Zildjian's cymbals, William Ludwig's drums, C.F. Martin's guitars, and more, noted music writer VanHecke offers a fascinating, insider view of the personalities and perseverance that led to some of music's most important innovations - from classical to jazz to rock. Includes more than 200 photos, many rare and vintage, plus source notes. Full color. A portion of the proceeds from the sale of each book will be donated to SupportMusic, a music education advocacy effort seeking to improve access and opportunity in music and arts learning. Support Music is a public service initiative of the NAMM Foundation, a nonprofit organization established by the National Association of Music Merchants. Its mission is to advance active participation in music-making.