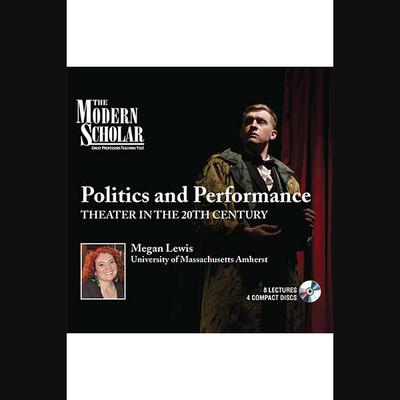 Theater in the 20th Century

For most theatregoers today, Realism is the standard. We are accustomed to seeing characters on stage who walk, talk, and sound just like real people. Everyday speech is commonplace in theatrical scripts, as are stage sets that look and feel and smell like real places - complete with running water and electric lights that work exactly as if we were in a real apartment, or office, or kitchen. But it wasn't always this way. In fact, Realism was once an Avant-garde movement, a cutting edge revolutionary idea that disrupted the way theatre had always been done up until the dawn of the 20th century. It was at this time that a number of social, political, and artistic movements began to influence theater artists and lead them to create the theater most of us recognize today. In this enlightening series of lectures, Professor Megan Lewis of the University of Massachusetts, Amherst takes us on an engaging journey through the history of theater in the 20th century. She explores some of the century's early movements such as Symbolism, Expressionism, and Dada, which arose amid political turmoil and quickly began to fuel rapid change in the way playwrights, directors, and actors where approaching theater. In subsequent lectures, Professor Lewis also explores how currents such as politics, race relations, and the women's movement also began to influence theater and use it as a force for social change. Her analysis takes us to the dawn of the 21st century as theatre artists continue to re-envision and expand the definition of theatre itself. She discusses topics such as Performance Studies, which expands the idea of performance beyond the theater; Sports as Theatre, which radically reimagines the role of the audience; creative ways of trying to reach underrepresented audiences; and new ways of making theatre for a new century.