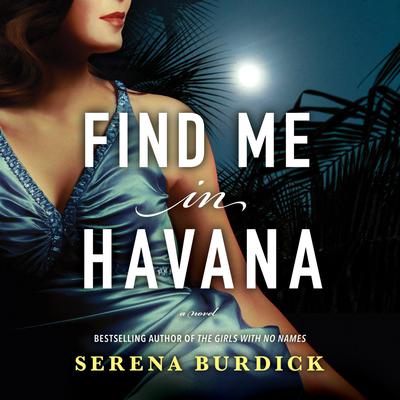 Find Me in Havana

Find Me in Havana

“I cannot say enough wonderful things about Find Me In Havana. The writing, as well as the narration, were music to my ears. The story is told from two points of view - Estelita Rodriguez, the mother, and Nina, her daughter. The book is based on the life of Estelita, who was a Cuban actress and singer. A few themes are threaded through the storyline. Personal strength, resilience, and the undying love of a Mother and Daughter will pull at your heartstrings one page at a time. It is not only an entertaining story but an inspiring one. I have recommended this book to many friends. ”

A novel based on the dazzling story of one of Hollywood’s most celebrated Hispanic actresses and her daughter’s search for closure.

Cuba, 1936: When Estelita Rodriguez sings in a hazy Havana nightclub for the very first time, she is nine years old. From then on, that spotlight of adoration—from Havana to New York’s Copacabana and then Hollywood—becomes the one true accomplishment no one can take from her. Not the 1933 Cuban Revolution that drove her family into poverty. Not the revolving door of husbands or the fickle world of film.

Thirty years later, her young adult daughter, Nina, is blindsided by her mother’s mysterious death. Seeking answers, the grieving Nina navigates the troubling, opulent memories of their life together and discovers how much Estelita sacrificed to live the American dream on her own terms.

Based on true events and exclusive interviews with Nina Lopez, Estelita’s daughter, Find Me in Havana weaves two unforgettable voices into one extraordinary story that explores the unbreakable bond between mother and child, and the ever-changing landscape of self-discovery.