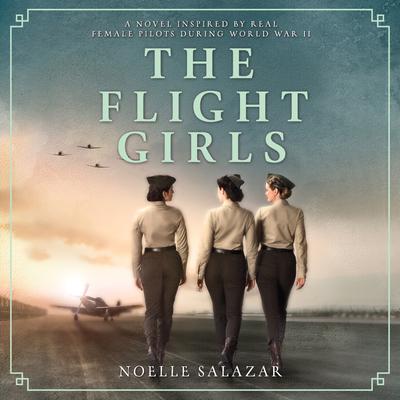 “When World War II broke out, women served the war effort in different ways. While not officially a part of the military, over 1000 Women Airforce Service Pilots (WASP) served by training new male pilots and transporting planes and goods from base to base. When the war was over, the women went, officially unrecognized, back to their pre-war lives forever changed. The Flight Girls follows Audrey Coltrane, a fearless, skilled pilot, who dreams not of a husband, but of running the small airfield in her Texas hometown. Through the bombing of Pearl Harbor, the sexist assumptions and treatment of female pilots, the loss of close friends, her unexpected attachment to Lt. James Hart, and the varied flight assignments, Audrey continues to learn and grow as a woman, a friend, a daughter, and most importantly, as a pilot. Become inspired to follow your dreams against all the odds by this forgotten piece of American history uncovered in this debut novel about the vital role of the Women Airforce Service Pilots during World War II.”

Shining a light on a little-known piece of history The Flight Girls is a sweeping portrayal of women’s fearlessness, love, and the power of friendship to make us soar.

1941. Audrey Coltrane has always wanted to fly. It’s why she implored her father to teach her at the little airfield back home in Texas. It’s why she signed up to train military pilots in Hawaii when the war in Europe began. And it’s why she insists she is not interested in any dream-derailing romantic involvements, even with the disarming Lieutenant James Hart, who fast becomes a friend as treasured as the women she flies with. Then one fateful day, she gets caught in the air over Pearl Harbor just as the bombs begin to fall, and suddenly, nowhere feels safe.

To make everything she’s lost count for something, Audrey joins the Women Airforce Service Pilots program. The bonds she forms with her fellow pilots reignite a spark of hope in the face war, and—when James goes missing in action—give Audrey the strength to cross the front lines and fight not only for her country, but for the love she holds so dear.

“Captivated me from the first page and never let go...a powerful tale of courage and sacrifice by the Women Airforce Service Pilots during WWII. A spectacular first novel.”—Sara Ackerman, USA TODAY bestselling author of The Lieutenant’s Nurse