The Adventures of Tom Sawyer

Who could forget the pranks, the adventures, the sheer fun of Tom Sawyer? From Tom’s sly trickery with the whitewashed fence to his and Becky Thatcher’s calamities in Bat Cave, the enjoyment never ends.

Just what did boys do in a small town during the mid-1800s, a time when there were no televisions, no arcades, and no videos? They whitewashed fences, floated down rivers, traded marbles, formed secret societies, smoked pipes, and, on occasion, managed to attend their own funerals. Yes, they may have been a bit mischievous, but as Aunt Polly said of Tom when she believed him to be dead, “He was the best-hearted boy that ever was.” Aunt Polly’s sentiments reveal one of Mark Twain’s cardinal philosophies: In this deceitful and infirm world, innocence can be found only in the heart of a boy.

The Adventures of Tom Sawyer is a humorous and nostalgic book depicting the carefree days of boyhood in a small Midwestern town. The characters are based on Twain’s schoolmates and the town, Hannibal, Missouri, is where Twain grew up.

Mark Twain is the pseudonym of American writer and humorist Samuel Langhorne Clemens (1835-1910), whose best work is characterized by broad, often irreverent humor or biting social satire. Twain's writing is also known for realism of place and language, memorable characters, and hatred of hypocrisy and oppression. Born in Florida, Missouri, Clemens moved with his family to Hannibal, Missouri, a port on the Mississippi River, when he was four years old. There he received a public school education. After the death of his father in 1847, Clemens was apprenticed to two Hannibal printers, and in 1851 he began setting type for and contributing sketches to his brother Orion's Hannibal Journal. Subsequently he worked as a printer in Keokuk, Iowa; New York City; Philadelphia, Pennsylvania; and other cities. Later, Clemens was a steamboat pilot on the Mississippi River until the American Civil War brought an end to travel on the river. In 1862 he became a reporter on the Territorial Enterprise in Virginia City, Nevada, and in 1863 he began signing his articles with the pseudonym Mark Twain, a Mississippi River phrase meaning "two fathoms deep." In 1867 Twain lectured in New York City, and in the same year he visited Europe and Palestine. He wrote of these travels in The Innocents Abroad, a book exaggerating those aspects of European culture that impress American tourists. Much of Twain's best work was written in the 1870s and 1880s, when he was living in Hartford, Connecticut, or during the summers at Quarry Farm, near Elmira, New York. Roughing It recounts his early adventures as a miner and journalist; The Adventures of Tom Sawyer celebrates boyhood in a town on the Mississippi River; A Tramp Abroad describes a walking trip through the Black Forest of Germany and the Swiss Alps; Life on the Mississippi combines an autobiographical account of his experiences as a river pilot with a visit to the Mississippi nearly two decades after he left it; and A Connecticut Yankee in King Arthur's Court satirizes oppression in feudal England. The Adventures of Huckleberry Finn, the sequel to Tom Sawyer, is considered Twain's masterpiece. Twain's work during the 1890s and the 1900s is marked by growing pessimism and bitterness. Significant works of this period are Pudd'nhead Wilson, a novel set in the South before the Civil War that criticizes racism by focusing on mistaken racial identities, and Personal Recollections of Joan of Arc, a sentimental biography. In Twain's later years he wrote less, but he became a celebrity, frequently speaking out on public issues. He also came to be known for the white linen suit he always wore when making public appearances. Twain received an honorary doctorate from the University of Oxford in 1907. When he died he left an uncompleted autobiography, which was eventually edited by his secretary, Albert Bigelow Paine, and published in 1924.

Alexander Adams is a pseudonym for narrator Grover Gardner. His most high-profile book to date is the unabridged novelization of Star Wars: The Phantom Menace, recorded in a joint effort by BOT and Random House under the Adams moniker. He lives in Maryland. 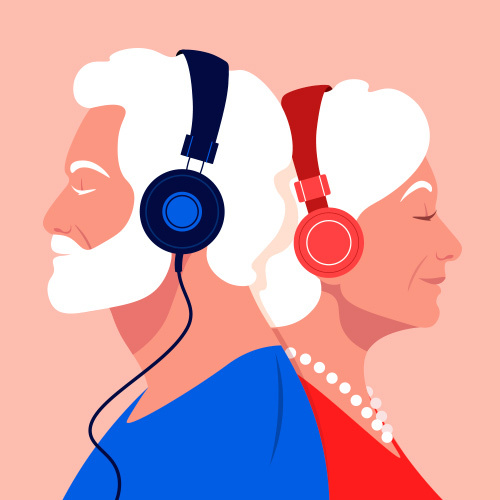 “Gardner’s reading of Twain’s classic convinces us why certain titles remain in the pantheon of must-reads (and must-listens). Gardner’s resonant tones roll over the rich, extensive vocabulary, almost as if Twain himself were telling the story. He reads the varying country dialects in a natural manner, conveying Tom’s spunkiness and quick wit…the delightful audio enables kids to enjoy this compelling tale, which might seem daunting in book form.”

“More than a book for boys, The Adventures of Tom Sawyer, with its rich native humor and shrewd observations of human character, is an idyll of American village life, of that quiet age that had already vanished when Mark Twain re-created St. Petersburg from memories of his own boyhood...[Twain’s] service as delightful entertainment to generation of American youngsters is equaled only by his influence on such twentieth-century admirers as Gertrude Stein, William Faulkner, and Ernest Hemingway.”

“Confirms the profoundest wishes of the heart.”

“The Adventures of Tom Sawyer has the truth of honesty—what it says about things and feelings is never false and always both adequate and beautiful.”

“The hero is one of the most endearing in literature.”

“Twain intended his novel not just as a book for the young, but as a piece of nostalgia for the young at heart…Gardner’s performance is designed to realize Twain’s intent…He makes listeners pay attention to the words as well as the action. It’s a relatively quiet reading—homey—as if told in retrospect by one’s grandfather…His forte is interpretation.”