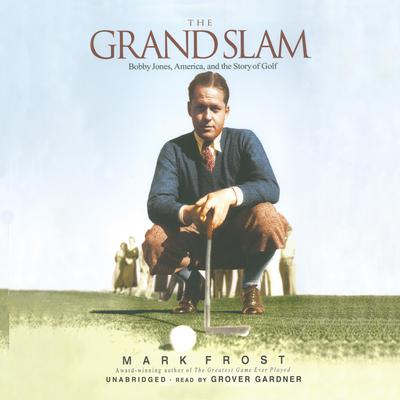 Bobby Jones, America, and the Story of Golf

In the wake of thestock-market crash and the dawn of the Great Depression, a ray of light emergedfrom the world of sports. In the summer of 1930, Bobby Jones, atwenty-eight-year-old amateur golfer, mounted a campaign against the recordbooks. In four months, this natural, self-taught player conquered the BritishAmateur Championship, the British Open, the US Open, and finally, the USAmateur Championship—an achievement so extraordinary that writers dubbed it theGrand Slam. No one has ever repeated it.

A natural, self-taughtplayer, the intensely private Jones had longed to retreat from fame's glaringspotlight throughout his entire career. While the press referred to him as"a golfing machine," the strain of competition exacted a ferocioustoll on his physical and emotional well-being. During the season of the Slam heconstantly battled exhaustion, nearly lost his life twice, and came perilouslyclose to a total collapse.

By the time he completedhis unprecedented feat, Jones made the shocking announcement that he wasretiring from the game. His abrupt disappearance from the public eye into aclosely guarded private life helped create the mythological image of this herofrom the Golden Age of sports that endures to this day.

Mark Frost uses a wealthof original research to provide an unprecedented, intimate portrait of golfgreat Bobby Jones. In the tradition of The Greatest Game EverPlayed, The Grand Slam blends social history with sportsbiography, captivating the imagination and engaging the listener—it is abiography not to be missed.

Notice to our customers about The Grand Slam