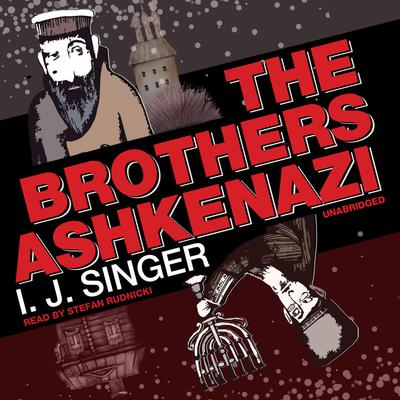 In the Polish city of Lodz, the Brothers Ashkenazi grew up very differently in talent and in temperament. Max, the firstborn, is fiercely intelligent and conniving, determined to succeed financially by any means necessary. Slower-witted Jacob is strong, handsome, and charming but without great purpose in life. While Max is driven by ambition and greed to be more successful than his brother, Jacob is drawn to easy living and decadence. As waves of industrialism and capitalism flood the city, the brothers and their families are torn apart by the clashing impulses of old piety and new skepticism, traditional ways and burgeoning appetites, and the hatred that grows between faiths, citizens, and classes. Despite all attempts to control their destinies, the brothers are caught up by forces of history, love, and fate, which shape and, ultimately, break them.

First published in 1936, The Brothers Ashkenazi quickly became a bestseller as a sprawling family saga. Breaking away from the introspective shtetl tales of classic nineteenth-century writers, I. J. Singer brought to Yiddish literature the multilayered plots, large casts of characters, and narrative sweep of the traditional European novel. Walking alongside such masters as Zola, Flaubert, and Tolstoy, I. J. Singer’s pre-modernist social novel stands as a masterpiece of storytelling.

Notice to our customers about The Brothers Ashkenazi