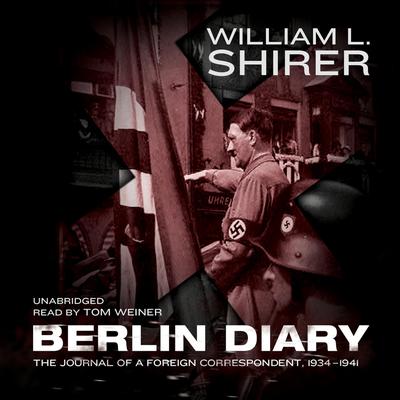 By the acclaimed journalist and bestselling author of The Rise and Fall of the Third Reich, this day-by-day, eyewitness account of the momentous events leading up to World War II in Europe is the private, personal, utterly revealing journal of a great foreign correspondent.

CBS radio broadcaster William L. Shirer was virtually unknown in 1940 when he decided there might be a book in the diary he had kept in Europe during the 1930s—specifically those sections dealing with the collapse of the European democracies and the rise of Nazi Germany.

Shirer was the only Western correspondent in Vienna on March 11, 1938, when the German troops marched in and took over Austria, and he alone reported the surrender by France to Germany on June 22, 1940, even before the Germans reported it. The whole time, Shirer kept a record of events, many of which could not be publicly reported because of censorship by the Germans. In December 1940, Shirer learned that the Germans were building a case against him for espionage, an offense punishable by death. Fortunately, Shirer escaped and was able to take most of his diary with him.

Berlin Diary first appeared in 1941, and the timing was perfect. The energy, the passion, and the electricity in it were palpable. The book was an instant success, and it became the frame of reference against which thoughtful Americans judged the rush of events in Europe. It exactly matched journalist to event: the right reporter at the right place at the right time. It stood, and still stands, as so few books have ever done—a pure act of journalistic witness.

By the acclaimed journalist and bestselling author of The Rise and Fall of the Third Reich, this day-by-day, eyewitness account of the momentous events leading up to World War II in Europe is the private, personal, utterly revealing journal of a great foreign correspondent. 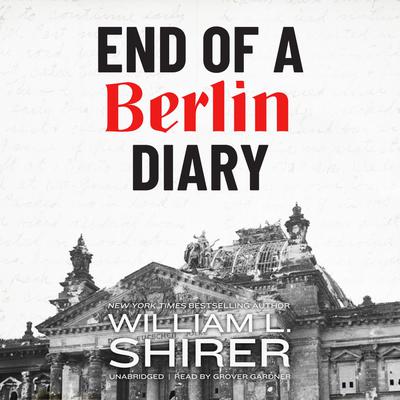 End of a Berlin Diary

A radio broadcaster and journalist for Edward R. Murrow at CBS, William L. Shirer was new to the world of broadcast journalism when he began keeping a diary while on assignment in Europe during the 1930s. It was in 1940, when he was still virtually unknown, that Shirer wondered whether his eyewitness account of the collapse of the world around... Read more »

Notice to our customers about Berlin Diary