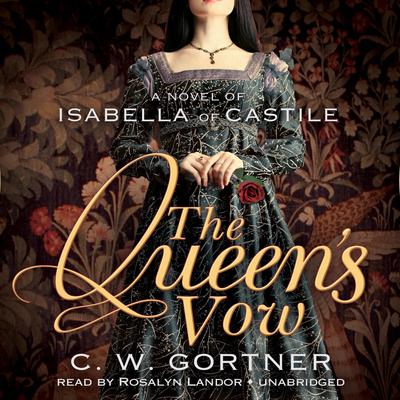 A Novel of Isabella of Castile

“No one believed I was destined for greatness.” So begins Isabella’s story, in this evocative, vividly imagined novel about one of history’s most famous and controversial queens—the warrior who united a fractured country, the champion of the faith whose reign gave rise to the Inquisition, and the visionary who sent Columbus to discover a new world. Acclaimed author C. W. Gortner envisages the turbulent early years of a woman whose mythic rise to power would go on to transform a monarchy, a nation, and the world. Young Isabella is barely a teenager when she and her brother are taken from their mother’s home to live under the watchful eye of their half-brother, King Enrique, and his sultry, conniving queen. There Isabella is thrust into danger when she becomes an unwitting pawn in a plot to dethrone Enrique. Suspected of treason and held captive, she treads a perilous path, torn between loyalties, until at age seventeen she suddenly finds herself heiress of Castile, the largest kingdom in Spain. Plunged into a deadly conflict to secure her crown, she is determined to wed the one man she loves yet who is forbidden to her—Fernando, prince of Aragon. As they unite their two realms under “one crown, one country, one faith,” Isabella and Fernando face an impoverished Spain beset by enemies. With the future of her throne at stake, Isabella resists the zealous demands of the inquisitor Torquemada even as she is seduced by the dreams of an enigmatic navigator named Columbus. But when the Moors of the southern domain of Granada declare war, a violent, treacherous battle against an ancient adversary erupts—one that will test all of Isabella’s resolve, her courage, and her tenacious belief in her destiny. From the glorious palaces of Segovia to the battlefields of Granada and the intrigue-laden gardens of Seville, The Queen’s Vow sweeps us into the tumultuous forging of a nation and the complex, fascinating heart of the woman who overcame all odds to become Isabella of Castile.

Notice to our customers about The Queen’s Vow