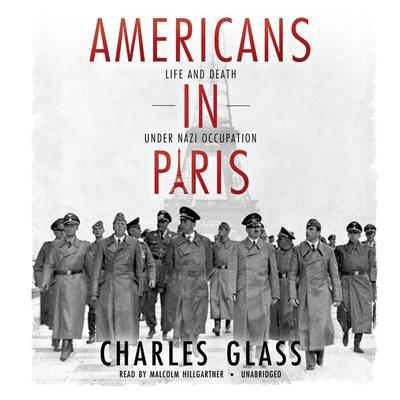 Life and Death under Nazi Occupation

Acclaimed journalist Charles Glass looks to the American expatriate experience of Nazi-occupied Paris to reveal a fascinating forgotten history of the greatest generation.

In Americans in Paris, tales of adventure, intrigue, passion, deceit, and survival unfold season by season as renowned journalist Charles Glass tells the story of a remarkable cast of expatriates and their struggles in Nazi Paris. Before the Second World War began, approximately thirty thousand Americans lived in Paris, and when war broke out in 1939 almost five thousand remained. As citizens of a neutral nation, the Americans in Paris believed they had little to fear. They were wrong. Glass’ discovery of letters, diaries, war documents, and police files reveals as never before how Americans were trapped in a web of intrigue, collaboration, and courage.

Artists, writers, scientists, playboys, musicians, cultural mandarins, and ordinary businessmen—all were swept up in extraordinary circumstances and tested as few Americans before or since. These stories come together to create a unique portrait of an eccentric, original, and diverse American community.

Charles Glass has written an exciting, fast-paced, and elegant account of the moral contradictions faced by Americans in Paris during France’s dangerous occupation years. For four hard years, from the summer of 1940 until US troops liberated Paris in August 1944, Americans were intimately caught up in the city’s fate. Americans in Paris is an unforgettable tale of treachery by some, cowardice by others, and unparalleled bravery by a few.

Notice to our customers about Americans in Paris