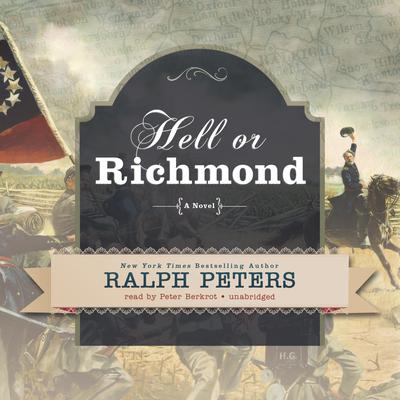 Between May 5 and June 3, 1864, the Union and Confederatearmies suffered eighty-eight thousand casualties. Twenty-nine thousand werekilled, wounded, or captured in the first two days of combat. The savagery shockeda young, divided nation. Against this backdrop of the birth of modern warfareand the painful rebirth of the United States, Peters has created a breathtakingnarrative.

In Hell or Richmond, thirty days of ceaseless carnageare seen through the eyes of a compelling cast, from the Union’sHarvard valedictorian “boy general,” Francis Channing Barlow, to the brawling“dirty boots” Rebel colonel, William C. Oates. From Ulysses S. Grant and RobertE. Lee to a simple laborer destined to win the Medal of Honor, Peters brings tolife an enthralling array of leaders and simple soldiers from both North andSouth, fleshing out history with stunning, knowledgeable realism.

From the horrific collision of armies in the Wilderness,where neither side wanted to fight, to the shocking slaughter of the grandcharge at Cold Harbor, this epic novel delivers a compelling, authentic, andsuspenseful portrait of Civil War combat.

Commemorating the approaching 150th anniversary ofthis grim encounter between valiant Americans, Ralph Peters brings to bear thelessons of his own military career, his lifelong study of this war and the menwho fought it, and his skills as a bestselling, prizewinning novelist toportray horrific battles and sublime heroism as no other author has done. 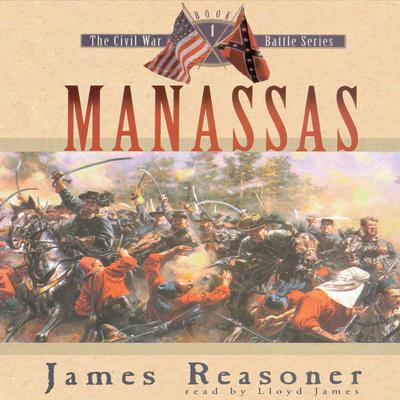 Manassas is the first book in Reasoner’s ten-volume series spanning the Civil War and describing its effects on one Southern family.

Storm clouds are approaching Culpeper County, Virginia, in early January 1861. The troublesome Fogarty brothers have been raising havoc across the countryside, and when the local lawman, Will Brannon, returns from... Read more » 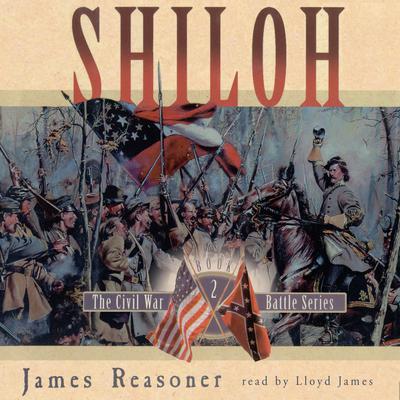 Shiloh is the second book in a ten-book series spanning the Civil War and describing its effects on one Southern family.

As the Civil War sweeps across the country, it finds the most wayfaring member of the Brannon family of Culpeper County, Virginia, working as a wharf rat at a port on the Mississippi River. Cory Brannon, caught up in a bar... Read more »

Between May 5 and June 3, 1864, the Union and Confederatearmies suffered eighty-eight thousand casualties. Twenty-nine thousand werekilled, wounded, or captured in the first two days of combat. The savagery shockeda young, divided nation.... Read more » 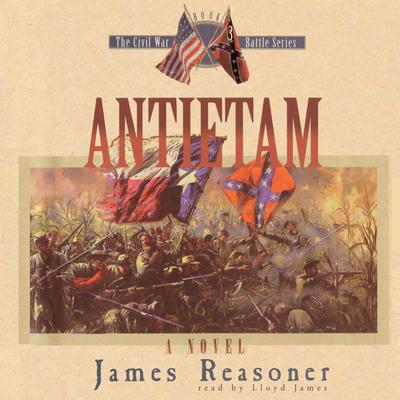 In early 1862, the Civil War comes within view of the Brannon family farm in Culpeper County, Virginia. The din of drilling soldiers sweeps over the quiet county seat, and another Brannon son, Mac, answers the call to arms.

The long-anticipated spring offensive pitches the Union and Confederate armies against each other on the Virginia Peninsula,... Read more » 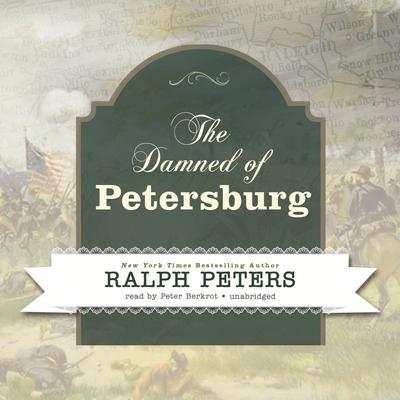 The Damned of Petersburg
Ralph Peters

The Damned of Petersburg

New York Times bestselling author Ralph Peters returns with the fourth installment in his Boyd Award–winning series on the Civil War.Glory turned grim … and warfare changed forever.From the butchery of the Crater, where stunning success collapsed into a massacre, through near-constant battles fought by heat-stricken soldiers, to the crucial... Read more » 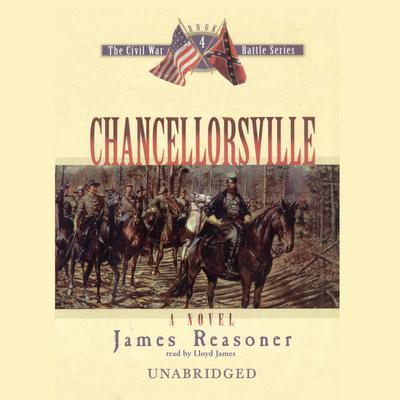 In this fourth book of Reasoner’s ten-book Civil War series, as Cory Brannon has a chance to assist the South with supplies brought in by blockade-runners and discovers his sweetheart Lucille Farrell, a sense of obligation and duty stirs in the hotheaded Titus back home in Virginia, and the Confederate cause claims another Brannon son, this one... Read more » 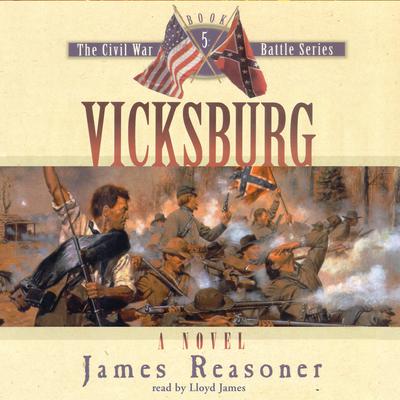 Vicksburg is the fifth in a ten-book series spanning the Civil War and describing its effects on one Southern family.

In the waning months of 1862, as the Union army advances closer and closer, Cory Brannon must abandon the supply train in Vicksburg, Mississippi, to undertake a vital mission for Confederate General John Pemberton, the commander... Read more » 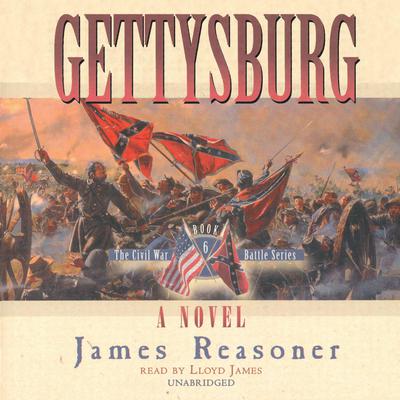 Although Stonewall Jackson was dead, Confederate moral was never higher. The victory at Chancellorsville had come against overwhelming odds, and the Union army was in retreat. In less than a year, the Federals had been pushed back from the outskirts of Richmond and, now, virtually out of Virginia.

Will and Mac, the two eldest Brannon sons, are in... Read more » 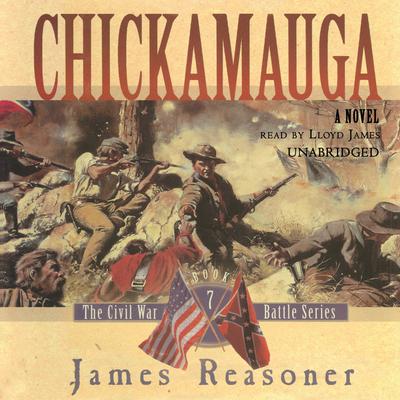 For members of the Brannon clan, the action ranges from Pennsylvania and Virginia to Georgia, Mississippi, and Illinois in this seventh of ten volumes in Reasoner's Civil War series. Two Brannon sons were with Lee at Gettysburg and one, Cory, was at Vicksburg while the other, Mac, assists in protecting the Army of Northern Virginia. They still... Read more » 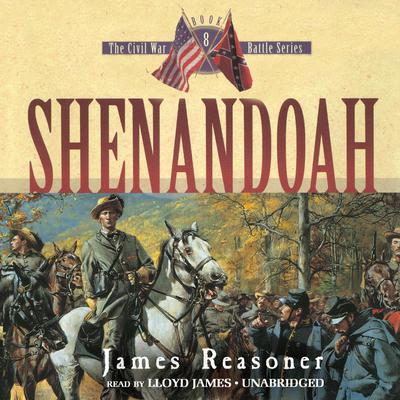 The last half of 1863 has taken a toll on the Brannon family, but winter has finally forced the armies to suspend campaigning. The lull in the fighting allows Mac to take leave from Jeb Stuart’s cavalry, and Will comes home from a Richmond hospital to convalesce.

What little calm Christmas brings, however, is shattered with the sudden... Read more » 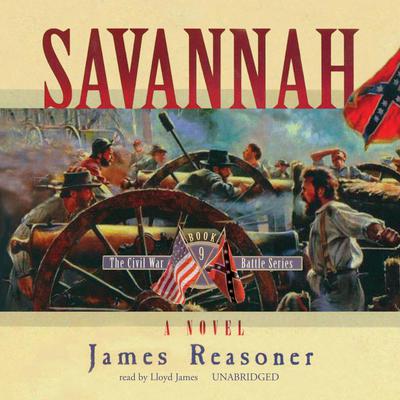 Following the defeat of Confederate forces at Chattanooga, the battered Rebel army, including a bitter Cory Brannon, retreats slowly toward Atlanta. A large Union army led by General William Sherman is marching to the coastal city of Savannah, laying waste to the territory through which it passes. Behind enemy lines on the Brannon family farm,... Read more » 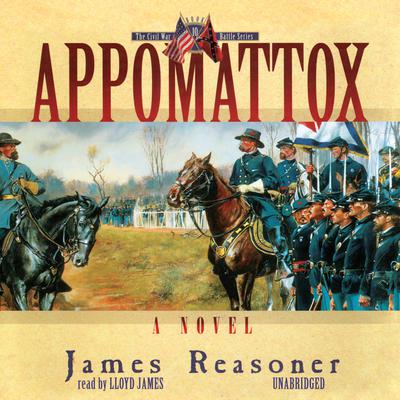 With the conclusion of the ten-volume saga, the multiple strands of the story are woven toward their resolution. Members of the Brannon family are involved in battles spread across the country. In the Shenandoah Valley, Mac and Titus fight alongside Fitzhugh Lee. Nathan Hatcher wears... Read more » 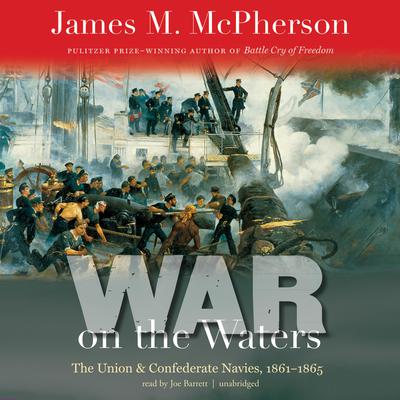 War on the Waters

Although previously undervalued for their strategic impact because they represented only a small percentage of total forces, the Union and Confederate navies were crucial to the outcome of the Civil War. In War on the Waters, James M. McPherson has crafted an enlightening, at times harrowing, and ultimately thrilling account of the war’s naval... Read more » 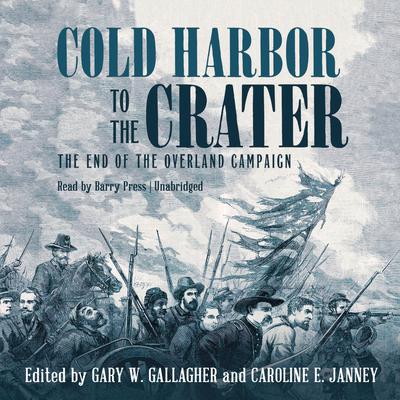 Cold Harbor to the Crater

Between the end of May and the beginning of August 1864, Lieutenant General Ulysses S. Grant and General Robert E. Lee oversaw the transition between the Overland Campaign-a remarkable saga of maneuvering and brutal combat-and what became a grueling siege of Petersburg that many months later compelled Confederates to abandon Richmond. Although... Read more »

Notice to our customers about Hell or Richmond