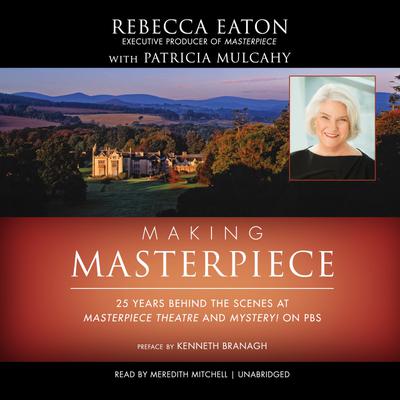 25 Years behind the Scenes at Masterpiece Theatre and Mystery! on PBS

The EmmyAward–winning producer of PBS’s Masterpiece Theatre and Mystery! revealsthe secrets to Downton Abbey, Sherlock, and its other hitprograms.

For more than twenty-five years and counting, Rebecca Eatonhas presided over PBS’s Masterpiece Theatre, the longest-running weeklyprime-time drama series in American history. From the runaway hits Upstairs,Downstairs and The Buccaneers to the hugely popular InspectorMorse, Prime Suspect, and Poirot, Masterpiece Theatre andits sibling series Mystery! have been required viewing for fans ofquality drama.

Eaton interviews many of the writers, directors, producers,and other contributors and shares personal anecdotes about her decades-longcareer. She reveals what went on behind the scenes during such triumphs as Cranfordand the multiple, highly rated programs made from Jane Austen’s novels, as wellas her aggressive campaign to attract younger viewers via social media andonline streaming. Along the way she shares stories about actors and otherluminaries such as Alistair Cooke, Maggie Smith, Diana Rigg, BenedictCumberbatch, and Daniel Radcliffe, whose first television role was as the titlecharacter in David Copperfield.

Readers will also get to know Eaton on a personallevel. With a childhood steeped in theater, an affinity for nineteenth-centurynovels and culture, and an “accidental apprenticeship” with the BBC, Eaton waspractically born to lead the Masterpiece and Mystery! franchises.Making Masterpiece marks the first time the driving force behind theenduring flagship show reveals all.

Notice to our customers about Making Masterpiece