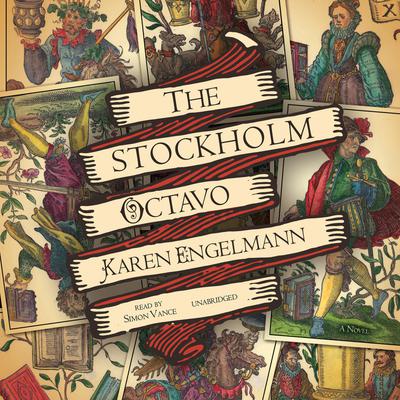 For fans of Patrick Suskind’s classic Perfume comesa dazzling debut set during Stockholm’s opulent golden age and brilliantlyinterweaving history, romance, and intrigue—a story in which one man’s fortuneholds the key to a nation’s precarious fate.

Life is close to perfect for Emil Larsson, a self-satisfiedbureaucrat in the Office of Customs and Excise in 1791 Stockholm. He is a trueman of the town—a drinker, card player, and contented bachelor—until oneevening when Mrs. Sofia Sparrow, a fortune-teller and proprietress of anexclusive gaming parlor, shares with him a vision she has had: a golden paththat will lead him to love and connection. She lays an octavo for him, a spreadof eight cards that augur the eight individuals who can help him realize thisvision—if he can find them.

Emil begins his search, intrigued by the puzzle of hisoctavo and the good fortune Mrs. Sparrow’s vision portends. But when Mrs.Sparrow wins a mysterious folding fan in a card game, the octavo’s deeperpowers are revealed. For Emil it is no longer just a game of the heart;collecting his eight is now crucial to pulling his country back from thecrumbling precipice of rebellion and chaos.

Set against the luminous backdrop of lateeighteenth-century Stockholm, as the winds of revolution rage through the greatcapitals of Europe, The Stockholm Octavo brings together acollection of characters, both fictional and historical, whose lives tangle inpolitical conspiracy, love, and magic in a breathtaking tale that will leaveyou spellbound.

Notice to our customers about The Stockholm Octavo