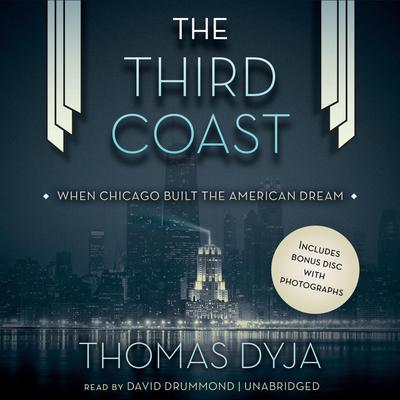 When Chicago Built the American Dream

A cultural history of Chicago at midcentury, with its incredible mix of architects, politicians, musicians, writers, entrepreneurs, and actors who helped shape modern America

Though today it can seem as if all American culture comes out of New York and Los Angeles, much of what defined the nation as it grew into a superpower was produced in Chicago. Before air travel overtook trains, nearly every coast-to-coast journey included a stop there, and this flow of people and commodities made it America’s central clearinghouse, laboratory, and factory. Between the end of World War II and 1960, Mies van der Rohe’s glass and steel architecture became the face of corporate America, Ray Kroc’s McDonald’s changed how people eat, Hugh Hefner unveiled Playboy, and the Chess brothers supercharged rock and roll with Chuck Berry. At the University of Chicago, the atom was split and Western civilization was packaged into the Great Books.

Yet even as Chicago led the way in creating mass-market culture, its artists pushed back in their own distinct voices. In literature, it was the outlaw novels of Nelson Algren (then carrying on a passionate affair with Simone de Beauvoir), the poems of Gwendolyn Brooks, and Studs Terkel’s oral histories. In music, it was the gospel of Mahalia Jackson, the urban blues of Muddy Waters and Howlin’ Wolf, and the trippy avant-garde jazz of Sun Ra. In performance, it was the intimacy of Kukla, Fran and Ollie, the “Chicago School” of television, and the improvisational comedy troupe Second City whose famous alumni are now everywhere in American entertainment.

Despite this diversity, racial divisions informed virtually every aspect of life in Chicago. The chaos—both constructive and destructive—of this period was set into motion by the second migration north of African Americans during World War II. As whites either fled to the suburbs or violently opposed integration, urban planners tried to design away “blight” with projects that marred a generation of American cities. The election of Mayor Richard J. Daley in 1955 launched a frenzy of new building that came at a terrible cost—monolithic housing projects for the black community and a new kind of self-satisfied provincialism that sped up the end of Chicago’s role as America’s meeting place.

In luminous prose, Chicago native Thomas Dyja re-creates the story of the city in its postwar prime and explains its profound impact on modern America.

Notice to our customers about The Third Coast