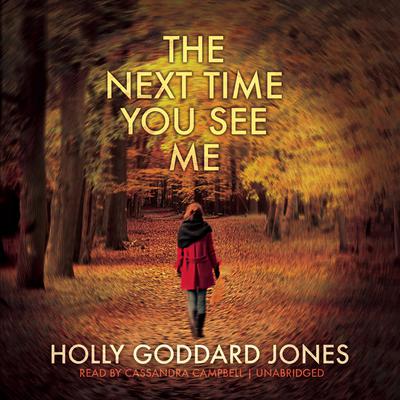 The Next Time You See Me

A debut novel by award-winning author Holly Goddard Jones, about the people surprisingly connected to the discovery of a dead woman’s body in a small town

Thirteen-year-old Emily Houchens doesn’t have many friends. She finds more comfort playing make-believe in the woods near her house in Roma, Kentucky, than with her classmates, who find her strange and awkward. When she happens upon a dead body hidden in the woods one day, she decides not to tell anyone about her discovery—a choice that begins to haunt her.

Susanna Mitchell has always been a good girl, the dutiful daughter and wife. While her older sister Ronnie trolled bars for men and often drove home at sunrise, Susanna kept a neat house, a respectable job, and a young daughter. But when Ronnie goes missing and Susanna realizes that she’s the only person in Roma who truly cares about her sister’s fate, she starts to question her quiet life and its value.

The Next Time You See Me is the story of how one woman’s disappearance exposes the ambitions, prejudices, and anxieties of a small southern town and its residents, who are all connected, sometimes in unexpected ways: Emily; Susanna; Tony, a failed baseball star turned detective, aspiring to be the county’s first black sheriff; and Wyatt, a fifty-five-year-old factory worker tormented by a past he can’t change and by a love he doesn’t think he deserves. Their stories converge in a violent climax that reveals not just the mystery of what happened to Ronnie but all of their secret selves.

Notice to our customers about The Next Time You See Me