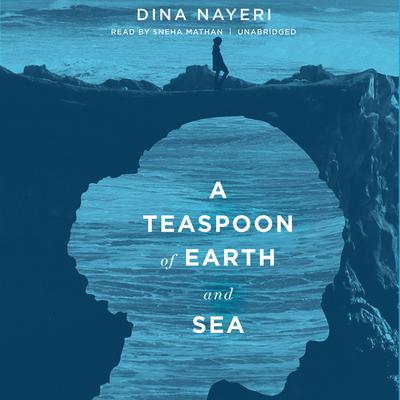 A Teaspoon of Earth and Sea

Spellbinding in its narration, A Teaspoon of Earth and Sea is the story of an Iranian girl who, separated from her mother and twin sister during the turmoil following the Iranian Revolution, invents a rich, imaginative world in which they live.

Growing up in a small fishing village in 1980s Iran, eleven-year-old Saba Hafezi and her twin sister Mahtab are fascinated by America. They keep lists of English vocabulary words and collect contraband copies of Life magazine and Beatles cassettes. So when Saba suddenly finds herself abandoned, alone with her father in Iran, she is certain that her mother and sister have moved to America without her. Bereft, she aches for their company, and for the Western life she believes she is being denied. All her life she had been taught that “fate is in the blood,” which must mean that twins will live the same life, even if separated by land and sea. Thus, over the next several years, as Saba falls in and out of love and struggles with the limited possibilities available to her as a woman in Iran, she imagines a simultaneous, parallel life, a Western version, for her sister. But where Saba’s story has all the grit and brutality of real life in postrevolutionary Iran, her sister’s life—as Saba envisions it—gives her a freedom and control that Saba can only dream of.

Filled with a colorful cast of characters, A Teaspoon of Earth and Sea is told in a bewitching voice that mingles the rhythms of Eastern storytelling with straightforward Western prose and tells a story about the importance of controlling your own fate.

Notice to our customers about A Teaspoon of Earth and Sea