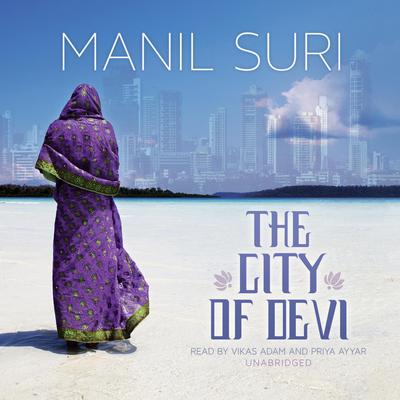 The City of Devi

A dazzling, multilayered novel that not onlyencompasses a searing love story but—with its epic reach from quarks tomythology to geopolitics—also encapsulates the fate of the entire world.

AsMumbai empties under the threat of imminent nuclear annihilation, Sarita, athirty-three-year-old statistician, can only think of one thing: being reunitedwith Karun, her physicist husband. Why has he vanished? Who is he running from?How will they form the family of three he’s always wanted? To find him, Saritamust journey across the surreal landscape of a near-abandoned city, bravinggangs of competing Hindu and Muslim hoodlums. Joining her is Jaz—nominally aMuslim but whose true religion has always been sex with other men. Danger lurksaround every corner, but so does the incongruous and the absurd: the patrongoddess Devi Ma has even materialized on a beach to save her city from harm.Sarita’s search leads her to this beach, thrusting her into a trinity somercurial, so consuming, that it will alter her life more fundamentally thanany apocalypse to come.

Notice to our customers about The City of Devi