Riders of the Purple Sage

The Restored Edition
by Zane Grey

Now, for the first time in a century, Zane Grey’s best-known novel is presented in its original form exactly as he wrote it.

In Cottonwoods, Utah, in 1871, a woman stands accused and a man is sentenced to whipping. Into this travesty of small-town justice rides the one man whom the town elders fear. His name is Lassiter, and he is a notorious gunman who’s come to avenge his sister’s death. It doesn’t take Lassiter long to see that this once peaceful Mormon community is controlled by the corrupt Deacon Tull, a powerful elder who’s trying to take the woman’s land by forcing her to marry him, branding her foreman as a dangerous “outsider.” Lassiter vows to help them, but when the ranch is attacked by horse thieves, cattle rustlers, and a mysterious masked rider, he realizes that they’re up against something bigger—and more brutal—than the land itself.

When in the early 1900s Zane Grey took this manuscript to two publishing companies, they rejected it because of the theme of Mormon polygamy, fearing it would offend their readers and subscribers. Then Grey made a special plea to Frederick Duneka, who was vice-president of Harper & Bros. and who had been Mark Twain’s editor at that company. Duneka and his wife read the novel and liked it but they, too, feared it would offend some readers. Harper & Bros. agreed to publish a changed version of the novel and purchased both the book and magazine-serial rights. Given the task of executing the necessary editorial changes, a senior editor of the company made changes in tone, diction, and style as well as content. The novel first appeared in nineteen installments in the monthly magazine Field & Stream from January 1912 to July 1913. Blackstone Audio here presents the original, uncensored, unabridged novel Riders of the Purple Sage, obtained through the Golden West Literary Agency with the cooperation of Zane Grey’s son, Loren Grey, and the Ohio State Historical Society.

Riders of The Purple Sage is undoubtedly the most famous novel of the American West. Grey’s narrative momentum, mastery of suspense, and thorough understanding of the mythic power of the landscape set this genre-defining proto-Western apart from the countless Hollywood movies and pulp novels it inspired.

Zane Grey® (1872–1939), born in Ohio, was practicing dentistry in New York when he and his wife published his first novel. Grey presented the West as a moral battleground in which his characters are destroyed because of their inability to change or are redeemed through a final confrontation with their past. The man whose name is synonymous with Westerns made his first trip west in 1907 at age thirty-five. More than 130 films have been based on his work. 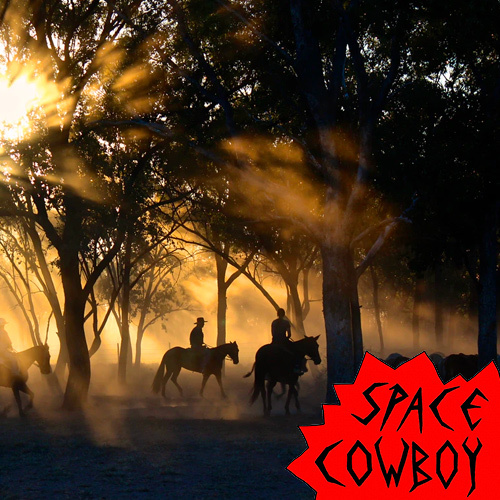 “Poignant in its emotional qualities.”

“Episodes of bravery, scoundrelism, chivalry, horsemanship, and ready shooting…make up the body of his story.”

“Zane Grey epitomized the mythical West that should have been…The standout among them is Riders of the Purple Sage.”

"Riders of the Purple Sage was a massive hit and launched Grey’s writing career (he was a dentist at the time). Modern readers will find fascinating the construction of good and evil within the book. Here is a Western without Native American or Mexican bandits; the bad guys are Mormon patriarchs. The novel also offers surprising insights into American masculinity’s obsession with firearms.”