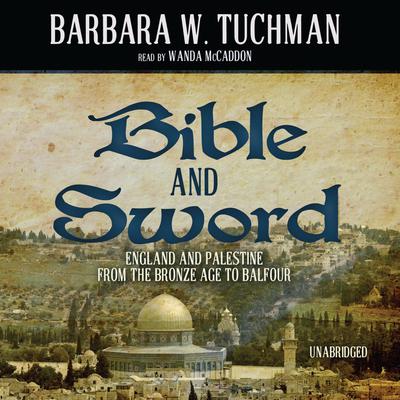 England and Palestine from the Bronze Age to Balfour

Two-time Pulitzer Prize–winning historian Barbara Tuchman explores the complex relationship of Britain to Palestine that led to the founding of the modern Jewish state—and to many of the problems that plague the Middle East today.

From early times the British people have been drawn to the Holy Land through two major influences: the translation of the Bible into English and, later, the imperial need to control the road to India and access to the oil in the Middle East. Under these influences, one cultural and the other political, countless Englishmen—pilgrims, crusaders, missionaries, merchants, explorers, and surveyors—have made their way to the land of the ancient Hebrews.

With the lucidity and vividness that characterizes her work, Barbara Tuchman brings to life the development of these twin motives—the Bible and the sword—in the consciousness of the British people. They were finally brought together at the end of World War I, when Britain’s conquest of Palestine from the Turks and the solemn moment of entering Jerusalem were imminent. Requiring a gesture of matching significance, that event evoked the Balfour Declaration of 1917—establishing a British-sponsored national home for the modern survivors of the people of the Old Testament.

In her account, first published in 1956, Ms. Tuchman demonstrates that the seeds of today’s troubles in the Middle East were planted long before the first efforts at founding a modern state of Israel.

Notice to our customers about Bible and Sword