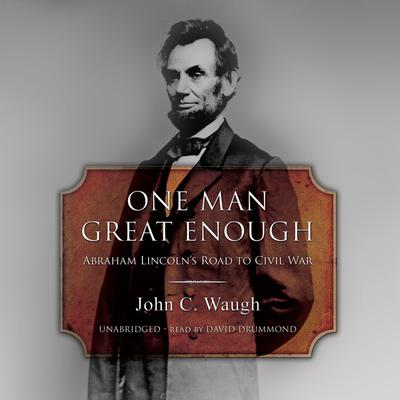 Lincoln is the central axis of this story about America’s seemingly unstoppable march toward war, the shattering of its political landscape, and its grappling with the moral underpinnings of a republic of the people, by the people, and for the people.

Here are such key events as the Mexican-American War, the Dred Scott Case, westward expansion, the rise of the industrial north, the Lincoln-Douglas debates, and the birth of the Republican Party. And here we meet Andrew Jackson, Henry Clay, Daniel Webster, Zachary Taylor, Stephen Douglas, and abolitionists Wendell Phillips, John Brown, Elizabeth Cady Stanton, and Harriet Beecher Stowe. We see it all through the breathtaking writings of Lincoln himself, detailing his emergence onto the political scene and the evolution of his beliefs about the Union, democracy, slavery, and civil war.

Notice to our customers about One Man Great Enough