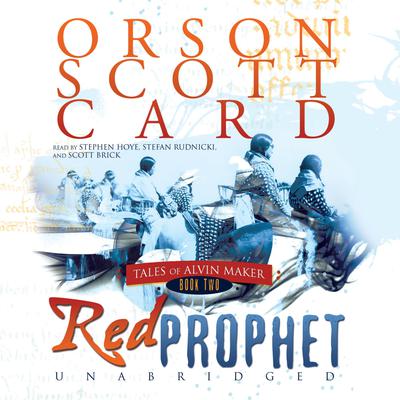 In the first tale of Alvin Maker, Seventh Son, Orson Scott Card introduced his readers to a very familiar—but just slightly different—pioneer America where magic works. Hex signs are powerful, good and evil presences roam the land, and many people have special talents. In this thrilling sequel, Alvin Maker is awakening to many mysteries: his own strange powers, the magic of the American frontier, and the special virtues of its chosen people, the Native Americans.

Young Alvin Maker, the seventh son of a seventh son, has extraordinary talents for a white boy—he can cause stone to split smoothly under his hands, his knots never untie, he can knit bones, and he can call small animals to do his bidding. Stranger still his talents are imperceptible to the Indians, who usually hear the fire-setting of the sparks and the water-finding of the dowsers as an interruption in their music but who cannot hear Alvin at all.

Lolla-Wossiky is an Indian whose fate is closely linked with Alvin’s. He’s been an undignified drunk since he was eleven, when he watched white men murder his father. The black noise in his head since the death shot rang out has drowned out the green music he needs to live well, and his life is a constant search for the right balance of alcohol to still the black noise without silencing the green music—until he meets Alvin.

Soon Alvin must summon all his powers to prevent a tragic war between Native Americans and the white settlers of North America. 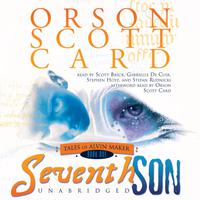 Using the lore and the folk magic of the men and women who settled a continent, and the beliefs of the tribes who were here before them, Card has created an alternate frontier America; a world where a particular kind of magic really works and where that magic has colored the entire history of the colonies. Charms and beseechings, hexes and... Read More » 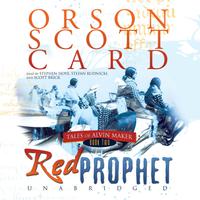 In the first tale of Alvin Maker, Seventh Son, Orson Scott Card introduced his readers to a very familiar—but just slightly different—pioneer America where magic works. Hex signs are powerful, good and evil presences roam the land, and many people have special talents. In this thrilling sequel, Alvin Maker is awakening to many mysteries: his own... Read More » 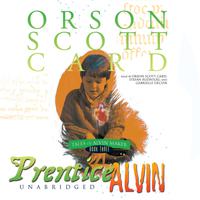 Orson Scott Card’s Tales of Alvin Maker have created a moving fantasy world from the dream of America and the simple magics of the people who settled her. Here is a world where folk magic is as much a part of life as hard work and religion, and where the red man and the white still have hope for living in peace with the land and each other. It... Read More » 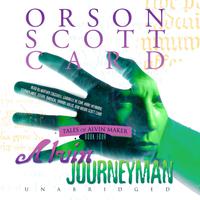 Alvin is a Maker, the first to be born in a century. Now a grown man and a journeyman smith, Alvin has returned to his family in the town of Vigor Church. He will share in their isolation, work as a blacksmith, and try to teach anyone who wishes to learn the knack of being a Maker. For Alvin has had a vision of the Crystal City he will build,... Read More » 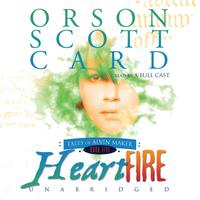 Peggy is a Torch, able to see the fire burning in each person’s heart. She can follow the paths of each person’s future, and know each person’s most intimate secrets. From the moment of Alvin Maker’s birth, when the Unmaker first strove to kill him, she has protected him. Now they are married, and Peggy is a part of Alvin’s heart as well as his... Read More »

Notice to our customers about Red Prophet