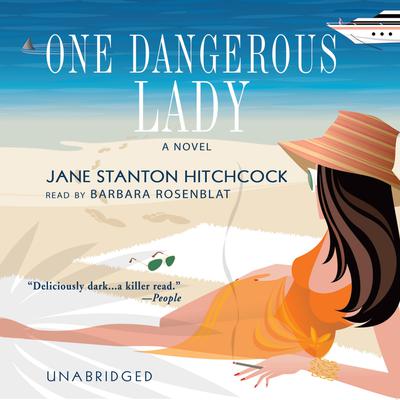 No one brings alive the intrigues of the champagne set like Jane Stanton Hitchcock. Now Jo Slater, the wily heroine of her bestselling novel Social Crimes, returns in a dazzling new story of passion, money, and murder.

Jo Slater has it all. The queen of Manhattan society, she has dealt successfully with a tricky period in which she lost her husband, her fortune, and her reputation. But she bounced back, and now, newly single in the greatest city in the world, there is not a cloud in the sky.

Then Russell Cole, an old friend just married to a much younger woman, goes missing while yachting in Barbados. His wife, Carla, tries to befriend Jo, but Jo is suspicious. Carla’s past is murky, and now, with her billionaire husband’s money at her disposal, she seems set on conquering the highest level of New York’s social scene. Suddenly, those who oppose her start dying off, and Jo decides to take matters into her own hands.

Another set of secrets from the gilded world of New York society is revealed in a unique blend of wicked social satire combined with a page-turning mystery.

Notice to our customers about One Dangerous Lady