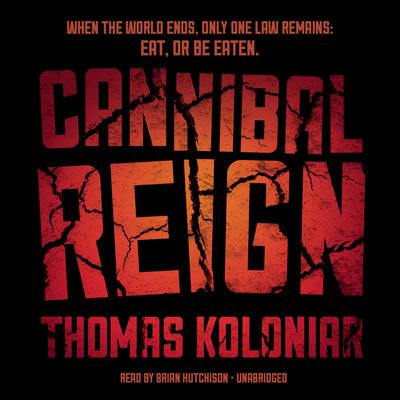 First the asteroid would come, slamming into the earth justnorth of the Montana border, followed by earthquakes, tsunamis, and unendingnight. And after that … Hell.

Astronomer Marty Chittenden is the first to recognize theapproaching doom—a discovery that makes him a marked man.

Green Beret Jack Forrest knows the catastrophe is inevitableand begins stockpiling an abandoned missile silo with supplies while gatheringtogether a small community of men, women, and children he prays can survive theapocalypse.

Then disaster strikes. In an instant the world they knowends forever, transformed into a nightmare realm of eternal darkness. Soon thefew remaining humans are transformed as well, becoming savage things—raping,pillaging, and devouring their own.

And the time is approaching when Forrest and his people willhave to leave their underground “Noah’s Ark” to face a shattered world and theunspeakable terrors that dwell there—in desperate pursuit of one slim hope ofsurvival … called Hawaii.

Notice to our customers about Cannibal Reign