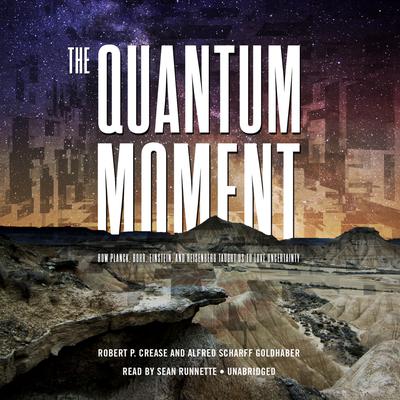 How Planck, Bohr, Einstein, and Heisenberg Taught Us to Love Uncertainty

The discovery of thequantum—the idea, born in the early 1900s in a remote corner of physics, thatenergy comes in finite packets instead of infinitely divisiblequantities—planted a rich set of metaphors in the popular imagination.

Quantum imagery andlanguage now bombard us like an endless stream of photons. Phrases such asmultiverse, quantum leap, alternate universe, the uncertainty principle, andSchrödinger’s cat get reinvented continually in cartoons and movies, coffeemugs and T-shirts, and fiction and philosophy—phrases reinterpreted by each new generationof artists and writers.

Is a quantum leap big orsmall? How uncertain is the uncertainty principle? Is this barrage of quantumvocabulary pretentious and wacky or a fundamental shift in the way we think?

All of the above, sayRobert P. Crease and Alfred Scharff Goldhaber in this groundbreaking book. Theauthors—one a philosopher, the other a physicist—draw on their training and sixyears of co-teaching to dramatize the quantum’s rocky path from scientifictheory to public understanding. Together, they and their students exploredmissteps, mistranslations, jokes, and gibberish in public discussions of the quantum. Their book explores the quantum’s manifestations in everythingfrom art and sculpture to the prose of John Updike and David Foster Wallace.The authors reveal the quantum’s implications for knowledge, metaphor,intellectual exchange, and the contemporary world. Understanding andappreciating quantum language and imagery, and recognizing its misuse, is partof what it means to be an educated person today.

The result is acelebration of language at the interface of physics and culture, perfect foranyone drawn to the infinite variety of ideas.

Notice to our customers about The Quantum Moment