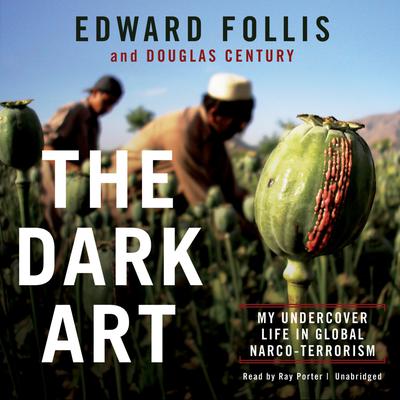 My Undercover Life in Global Narco-Terrorism

“It always ends with one phone call. Months—often years—ofundercover work comes to fruition with an innocent-seeming conversation. Thelast call. One last call to set them up; one last call to bring them down.”

Over the course of his twenty-seven years with the DEA, Ed Follis bought eight-balls of cocaine in a red Corvette,negotiated multimillion-dollar deals onboard private King Airs, and developedcovert relationships with men who were not only international drug traffickersbut—in some cases—operatives for al-Qaeda, Hezbollah, Hamas, the Shan UnitedArmy, or the Mexican federation of cartels.

Follis was, in fact, one of the driving forces behind theagency’s radical shift from a limited local focus to a global arena. In theearly nineties, the DEA was primarily known for doing street-level bustsevocative of Miami Vice. Today,it uses high-resolution optics surveillance and classified cutting-edgetechnology to put the worst narco-terror kingpins on the business end of“stealth justice” delivered via Predator drone pilots.

Spanning five continents and filled with harrowing storiesabout the world’s most ruthless drug lords and terrorist networks, Follis’memoir reads like a thriller. Yet every word is true, and every story isdocumented. Follis earned a Medal of Valor for his work, and coauthor DouglasCentury is a pro at shaping and telling just this kind of story.

The first andonly insider’s account of the confluence between narco-trafficking andterrorist organizations, The Dark Art is a page-turning memoir thatwill electrify you from page one.

Notice to our customers about The Dark Art