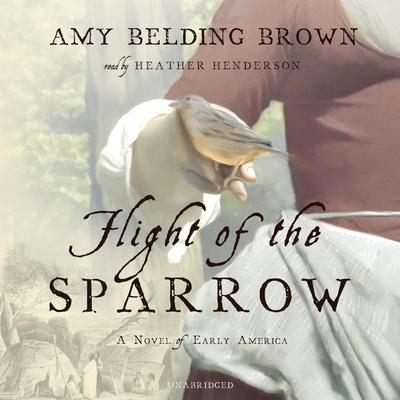 Flight of the Sparrow

A Novel of Early America

“She suspects that she has changed too much to ever fiteasily into English society again. The wilderness has now become her home. Shecan interpret the cries of birds. She has seen vistas that have stolen away herbreath. She has learned to live in a new, free way.”

Massachusetts BayColony, 1676. Even before Mary Rowlandson was captured by Indians on awinter day of violence and terror, she sometimes found herself in conflict withher rigid Puritan community. Now, her home destroyed, her children lost to her,she has been sold into the service of a powerful woman tribal leader and made apawn in the ongoing bloody struggle between English settlers and native people.Battling cold, hunger, and exhaustion, Mary witnesses harrowing brutality butalso unexpected kindness. To her confused surprise, she is drawn to hercaptors’ open and straightforward way of life—a feeling further complicated byher attraction to a generous, protective English-speaking native known as JamesPrinter. All her life, Mary has been taught to fear God, submit to her husband,and abhor Indians. Now, having lived on the other side of the forest, shebegins to question the edicts that have guided her, torn between the life sheknew and the wisdom the natives have shown her.

Based on the compelling true narrative of Mary Rowlandson,Flight of the Sparrow is an evocative tale that transports the listener toa little-known time in early America and explores the real meanings of freedom,faith, and acceptance.

Notice to our customers about Flight of the Sparrow