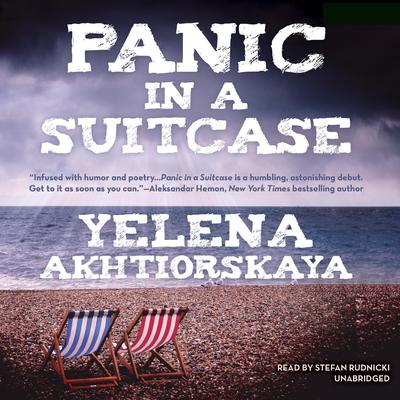 Panic in a Suitcase

In this tale of two decades in the life of an immigranthousehold, the experience of a single family artfully reflects the fall of Communism and the rise of globalization. Ironies, subtle and glaring,are revealed: the Nasmertovs left Odessa for Brighton Beach, Brooklyn, with ahuge sense of finality, only to find that the divide between the old world andthe new is not nearly as clear-cut as they thought. The dissolution of theSoviet Union makes returning just a matter of a plane ticket, and theRussian-owned shops in their adopted neighborhood stock even the most obscurecomforts of home. Pursuing the American Dream once meant giving up everything,but does the dream still work if the past is always within reach?

If the Nasmertov parents can afford only to look forward,learning the rules of aspiration, the family’s youngest, Frida, can only lookback.

In striking, arresting prose loaded with fresh and inventiveturns of phrase, Yelena Akhtiorskaya has written the first great novel ofBrighton Beach: a searing portrait of hope and ambition and a profoundexploration of the power and limits of language itself and its ability to makeconnections across cultures and generations.

Notice to our customers about Panic in a Suitcase