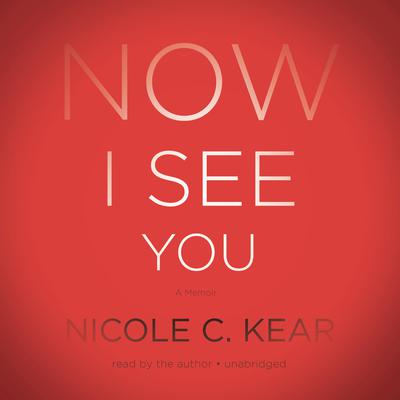 Now I See You

At nineteen years old, Nicole C. Kear’s biggest concern ischoosing a major—until she walks into a doctor’s office in midtown Manhattanand gets a life-changing diagnosis. She is going blind, courtesy of an eyedisease called retinitis pigmentosa, and has only a decade or so before lights-out.Instead of making preparations as the doctor suggests, Kear decides to carpediem and make the most of the vision she has left. She joins a circus school,tears through boyfriends, travels the world, and through all these high jinks, shekeeps her vision loss a secret.

When Kear becomes a mother, just a few years shy of hervision’s expiration date, she amends her carpe diem strategy, giving uprecklessness in order to relish every moment with her kids. Her secret, though,is harder to surrender—and as her vision deteriorates, harder to keep hidden.As her world grows blurred, one thing becomes clear: no matter how hard shefights, she won’t win the battle against blindness. But if she comes clean withher secret, and comes to terms with the loss, she can still win her happyending.

Told with humor and irreverence, Now I See You is an uplifting story about refusing to cower atlife’s curveballs, about the power of love to triumph over fear. But at itscore, it’s a story about acceptance: facing the truths that just won’t go awayand facing yourself, broken parts and all.

Notice to our customers about Now I See You