Skip content
Spend $15 or more at AALBC and get a free audiobook! Learn more 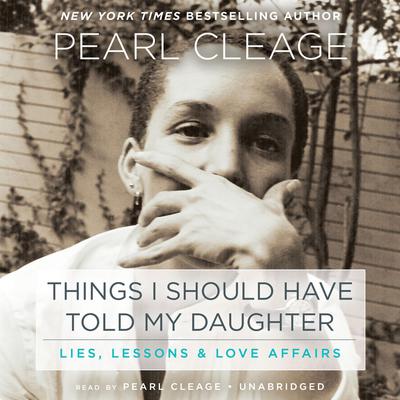 Things I Should Have Told My Daughter

In this inspiring memoir, the award-winning playwright andbestselling author of What Looks like Crazy on an Ordinary Day reminisceson the art of juggling marriage, motherhood, and politics while working to becomea successful writer.

In addition to being one of the most popular livingplaywrights in America, Pearl Cleage is a bestselling author with an Oprah BookClub pick and multiple awards to her credit. But there was a time when suchstellar success seemed like a dream. In this revelatory and deeply personalwork, Cleage takes readers back to the 1970s and ’80s, retracing her strugglesto hone her craft amid personal and professional tumult.

Though born and raised in Detroit, it was in Atlanta thatCleage encountered the forces that would most shape her experience. Married toMichael Lomax, now head of the United Negro College Fund, she worked withMaynard Jackson, Atlanta’s first African American mayor. Things I ShouldHave Told My Daughter charts not only the political fights but also thepull she began to feel to focus on her own passions, including writing—a pullthat led her away from Lomax as she grappled with ideas of feminism andself-fulfillment. This fascinating memoir follows her journey from a columnistfor a local weekly to a playwright and Hollywood scriptwriter, an artist atthe crossroads of culture and politics whose circle came to include luminarieslike Richard Pryor, Avery Brooks, Phylicia Rashad, Shirley Franklin, and JesseJackson. By the time Oprah Winfrey picked What Looks like Crazy on anOrdinary Day as a favorite, Cleage had long since arrived as a writer ofrenown.