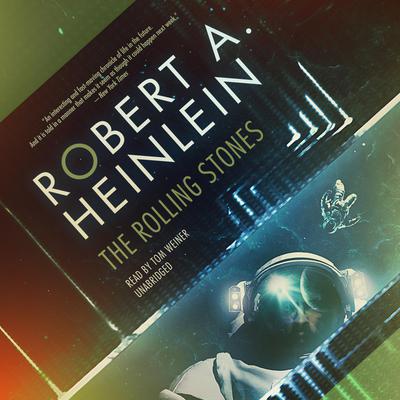 By Robert A. Heinlein

One of Heinlein’s best-loved works, The Rolling Stones follows the rollicking adventures of the Stone familyas they tour the solar system.

It doesn’t seem likely for twins to have the same middlename. Even so, it’s clear that Castor and Pollux Stone both have “Trouble”written in that spot on their birth certificates. Of course, anyone who’s mettheir grandmother Hazel would know they came by it honestly.

Join the Stone twins as they connive, cajole, and bamboozletheir way across the solar system in the company of the most high-spirited andhilarious family in all of science fiction. It all starts when the twinsdecide that life on the lunar colony is too dull and buy their own spaceship togo into business for themselves. Before long they are headed for the furthestreaches of the stars, with stops on Mars, some asteroids, Titan, and beyond.

This lighthearted tale has some of Heinlein’s sassiestdialogue—not to mention the famous flatcats incident. Oddly enough, it’s alsoa true example of real family values, for when you’re a Stone, your family isyour highest priority.

Notice to our customers about The Rolling Stones