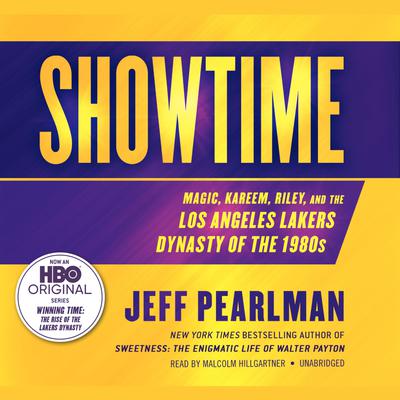 Magic, Kareem, Riley, and the Los Angeles Lakers Dynasty of the 1980s

The New YorkTimes bestselling author of Sweetness delivers the firstall-encompassing account of the 1980s Los Angeles Lakers, one of professionalsports’ most-revered—anddominant—dynasties.

The Los Angeles Lakers of the 1980s personified theflamboyance and excess of the decade over which they reigned. Beginning withthe arrival of Earvin “Magic” Johnson as the number one overall pick of the1979 draft, the Lakers played basketball with gusto and pizzazz, unleashingtheir famed “Showtime” run-and-gun style on a league unprepared for their speedand ferocity—and became the most captivating show in sports and, arguably, all-aroundAmerican entertainment. The Lakers’ roster overflowed with excitingall-star-caliber players, including center Kareem Abdul-Jabbar, and they wereled by the incomparable Pat Riley, known for his slicked-back hair, his Armanisuits, and his arrogant strut. Hollywood’s biggest celebrities lined the court,and gorgeous women flocked to the arena. Best of all, the team was a winner.Between 1980 and 1991, the Lakers played in an unmatched nine NBA championshipseries, capturing five of them.

Bestselling sportswriter Jeff Pearlman draws from almostthree hundred interviews to take the first full measure of the Lakers’ epicShowtime era. A dazzling account of one of America’s greatest sports sagas, Showtimeis packed with indelible characters, vicious rivalries, and jaw-droppingbehind-the-scenes stories of the players’ decadent Hollywood lifestyles. From the Showtime era’s remarkable rise to its tragic end—marked by MagicJohnson’s 1991 announcement that he had contracted HIV—Showtime is agripping narrative of sports, celebrity, and 1980s-style excess.

Notice to our customers about Showtime