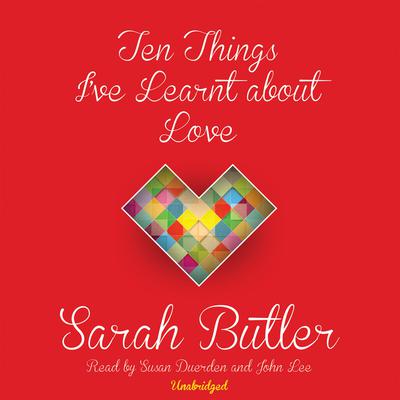 About to turn thirty, Alice is the youngest of three daughters and the black sheep of her family. Drawn to traveling in far-flung and often dangerous countries, she has never enjoyed the closeness with her father that her two older sisters have and has eschewed their more conventional career paths. She has left behind a failed relationship in London with the man she thought she might marry and is late to hear the news that her father is dying. She returns to the family home only just in time to say good-bye.

Daniel is called many things-"tramp," "bum," "lost." He hasn't had a roof over his head for almost thirty years, but he once had a steady job and a passionate love affair with a woman he's never forgotten. To him, the city of London has come to be like home in a way that no bricks-and-mortar dwelling ever was. He makes sculptures out of the objects he finds on his walks throughout the city-bits of string and scraps of paper, a child's hair tie, and a lost earring-and experiences synesthesia, a neurological condition that causes him to see words and individual letters of the alphabet as colors. But as he approaches his sixties his health is faltering, and he is kept alive by the knowledge of one thing-that he has a daughter somewhere in the world whom he has never been able to find.

A searching and inventive debut, Ten Things I've Learnt About Love is a story about finding love in unexpected places, about rootlessness and homecoming, and the power of the ties that bind. It announces Sarah Butler as a major new talent for telling stories that are heart-wrenching, page-turning, and unforgettable.