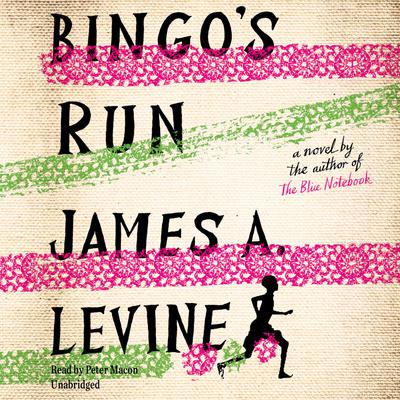 For fans of DaveEggers, Teju Cole, and James McBride comes this extraordinary novel of moralityand the redemptive powers of art that offers a glimpse into an African underworldrarely described in fiction.

Meet Bingo, the greatest drug runner in the slums of Kibera,Nairobi, and maybe the world. A teenage grifter, often mistaken for a youngerboy, he faithfully serves Wolf, the drug lord of Kibera. Bingo spends his daysthrowing rocks at Krazi Hari, the prophet of Kibera’s garbage mound; “lipping”safari tourists of their cash; and hanging out with his best friend,Slo-George, a taciturn fellow whose girth is a mystery to Bingo in a placewhere there is never enough food. Bingo earns his keep by running “white” to ahost of clients, including Thomas Hunsa, a reclusive artist whose paintings,rooted in African tradition, move him. But when Bingo witnesses a drug-relatedmurder and Wolf sends him to an orphanage for “protection,” Bingo’s lifechanges, and he learns that life itself is the “run.”

A modern trickster tale that draws on African folklore, Bingo’sRun is a wildly original, often very funny, and always moving story of aboy alone in a corrupt and dangerous world who must depend on his wits andinner resources to survive.

Notice to our customers about Bingo’s Run