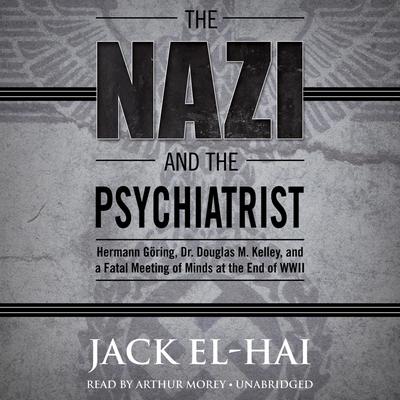 The Nazi and the Psychiatrist

Hermann Göring, Dr. Douglas M. Kelley, and a Fatal Meeting of Minds at the End of WWII

In1945, after his capture at the end of the Second World War, Hermann Göringarrived at an American-run detention center in war-torn Luxembourg, accompaniedby sixteen suitcases and a red hatbox. The suitcases contained all manner ofparaphernalia: medals, gems, two cigar cutters, silk underwear, a hot-waterbottle, and the equivalent of $1 million in cash. Hidden in a coffee can, a setof brass vials housed glass capsules containing a clear liquid and a whiteprecipitate: potassium cyanide. Joining Göring in the detention center were theelite of the captured Nazi regime—Grand Admiral Dönitz, armed forces commanderWilhelm Keitel and his deputy Alfred Jodl, the mentally unstable Robert Ley,the suicidal Hans Frank, the pornographic propagandist Julius Streicher—fifty-twosenior Nazis in all, of whom the dominant figure was Göring.

To ensure that the villainous captiveswere fit for trial at Nuremberg, the US Army sent an ambitious armypsychiatrist, Captain Douglas M. Kelley, to supervise their mental well-being duringtheir detention. Kelley realized he was being offered the professionalopportunity of a lifetime: to discover a distinguishing trait among thesearchcriminals that would mark them as psychologically different from the restof humanity. So began a remarkable relationship between Kelley and his captors,told here for the first time with unique access to Kelley’s long-hidden papersand medical records.

Kelley’s was ahazardous quest, dangerous because against all his expectations he began toappreciate and understand some of the Nazi captives, none more so than theformer Reichsmarschall, Hermann Göring. Evil had its charms.

Notice to our customers about The Nazi and the Psychiatrist