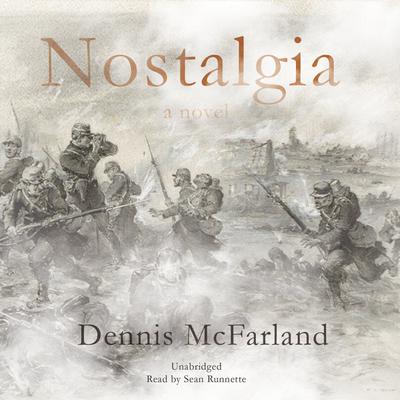 From bestsellingauthor Dennis McFarland comes an extraordinary Civil War novel: the journey ofa nineteen-year-old private abandoned by his comrades in the Wilderness,struggling to regain his voice, his identity, and his place in a world utterlychanged by what he has experienced on the battlefield.

In the winter of 1864, young Summerfield Hayes, apitcher for the famous Eckford Club, enlists in the Union army, leaving hissister, a schoolteacher, devastated and alone in their Brooklyn home. Thesiblings, who have recently lost both their parents, are unusually attached,and Summerfield fears his untoward, secret feelings for his sister. This richbackstory is intercut with stunning scenes of Hayes’ soul-altering hours on themarch, at the front—the slaughter of barely grown young men who, only daysbefore, whooped it up with him in a regimental ball game; his temporarydeafness and disorientation after a shell blast; his fevered attempt to findsafe haven after he has been deserted by his own comrades—and later, in theWashington military hospital where he eventually finds himself, now mute andunable even to write his name. In this twilit realm, among the people heencounters—a compassionate drug-addicted amputee, the ward matron who onlyappears to be his enemy, the captain who is convinced that Hayes is faking hisillness—is a gray-bearded eccentric who visits the ward daily and becomes hisstrongest advocate: Walt Whitman. This timeless story, whose outcome hinges onthe fellowship that is forged in crisis, reminds us how deep are the wounds ofwar, not all of which are visible.

Notice to our customers about Nostalgia