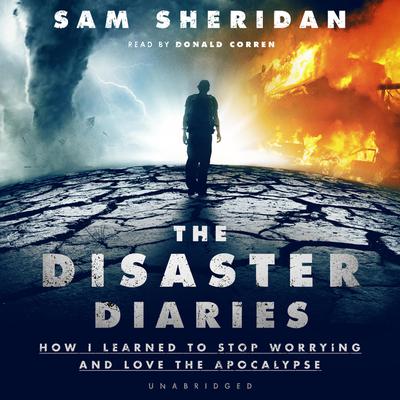 How I Learned to Stop Worrying and Love the Apocalypse

Sam Sheridan has traveled the world as an amateur boxer and mixed martial arts fighter, worked as a professional wilderness firefighter, an EMT, a sailor, a cowboy at the largest ranch in Montana, and in construction under brutal conditions at the South Pole. If he isn’t ready for the apocalypse and the fractured world that will likely ensue, we are all in a lot of trouble.

Despite an arsenal of skills that would put most of us to shame, when Sam had his son and finally settled down, he was beset with nightmares about being unable to protect him. With apocalyptic images from movies, books, and the nightly news filling his head, he was slowly being driven to distraction. If a rogue wave hit his beach community, would he be able to get out? If the power grid went down, did he have enough food and water for his family? And if he was forced outside the city limits, could he survive in the wilderness? And let’s not even talk about plagues, zombie hoards, and attacking aliens. How seriously should he take the Internet chatter, the guys who recommend staying sequestered in a bunker in the remote hills? And what kind of life would that be, anyway? Unable to quiet his mind, Sam decided to face his fears head-on and embark on a quest to gain as many skills as possible that just might come in handy should the end of the world as we know it come to pass.

Each possible doomsday required a different skill set. Trying to navigate a clogged highway when everyone who’s still alive has the same bright idea to leave town? Better go to the best stunt-driving school in the country. Need to protect your family but have run out of ammunition? Better learn how to handle a knife. Is your kid hurt or showing signs of serious mental strain? Better brush up on emergency medicine and study the psychological effects of trauma. From training with an Olympic weightlifter to a down-and-dirty apprenticeship in stealing cars with an ex–gang member, from an intense three-week gun course in the hundred-degree heat of Alabama to agonizing lessons in wilderness survival, Sam left no stone unturned. Would it be enough if a meteor rocked the earth? Who’s to say? But as Sam points out, it would be a damn shame to survive the initial impact only to die a few days later because you didn’t know how to build a fire.

This is participatory journalism at its finest. A rollicking narrative with each chapter framed by a hypothetical doomsday scenario, The Disaster Diaries is irresistible armchair adventure reading. It’s for everyone who wants to know what it might take to make it through a cataclysmic event—or just wants to watch someone else struggling to find out.

Notice to our customers about The Disaster Diaries