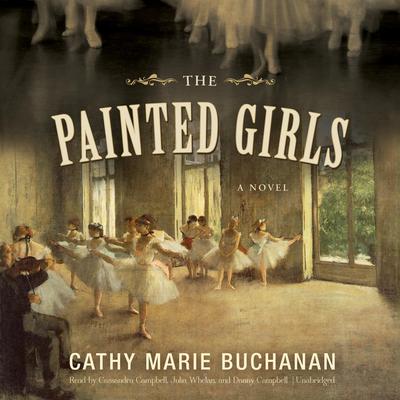 Paris, 1878. Following the death of their father fromoverwork, the three van Goethem sisters find their lives upended. Without theirfather’s wages, and with what little their mother earns as a laundressdisappearing down the absinthe bottle, eviction from their single boarding roomseems imminent. With few options for work available for a girl, bookishfourteen-year-old Marie and her younger sister Charlotte are dispatched to theParis Opera, where for a scant seven francs a week, the girls will be trainedto enter its famous ballet. Their older sister, stubborn and insolent seventeen-year-oldAntoinette, dismissed from the ballet, finds herself launched into the orbit ofÉmile Zola and the influence of his notorious naturalist masterpiece L’Assommoir—and into the arms of a young man whomay turn out to be a murderer.

Marie throws herself into dance, hoping her natural gift andhard work will enable her to escape her circumstances, but the competition tobecome one of the famous étoiles at whose feet flowers are thrown nightly isfierce, and Marie is forced to turn elsewhere to make money. Cripplinglyself-conscious about her low-class appearance, she nonetheless finds herselfmodeling in the studio of Edgar Degas, where her image will forever beimmortalized in his controversial sculpture Little Dancer, Aged 14.Antoinette, meanwhile, descends lower and lower in society and mustmake the choice between honest labor as a laundress and the more profitableavenues available to a young woman in the Paris demimonde—that is unless herlove for the dangerous Émile Abadie derails her completely.

Set at a moment of profound artistic, cultural, andsocietal change, The Painted Girls isultimately a tale of two remarkable girls rendered uniquely vulnerable to thedarker impulses of “civilized society.” In the end, each will come to realize that her individual salvation, if not survival, lies with theother.

Notice to our customers about The Painted Girls