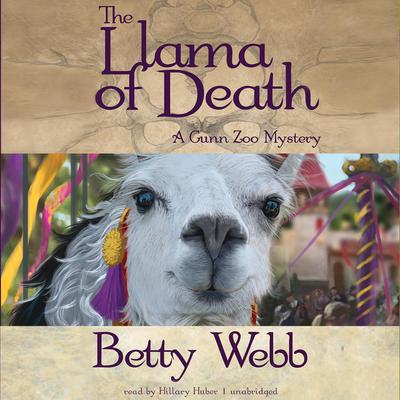 The Llama of Death

Theodora “Teddy” Bentley, zookeeper at the Gunn Zoo, takes the zoos llama, Alejandro, to a Renaissance fair in the Monterey Bay area.That is where Teddy discovers the still-warm body of the Reverend VictorEmerson, owner of the local wedding chapel, dressed in his costume as Henry theEighth. At first it appears that Alejandro stomped the man to death, but acloser look shows a crossbow dart in the man’s back.

Teddy’s investigation reveals that Reverend Victor wasn’treally a reverend at all but an escaped convict, which means that everymarriage he performed in the past twenty years is null and void.

Teddy’s mother, Caro, a spoiled ex–beauty queen, becomes thechief murder suspect and is immediately jailed when she causes a riot in thecourtroom. The “reverend” had twice married Caro to wealthy men, and when bothmarriages failed, Caro received large financial settlements that she may now have to give back—certainly a motive for murder.

But Caro wasn’t the only person gunning for Victor. Thechild of the man that Victor the convict once murdered may have wanted to killhim too. Then even Teddy herself is handcuffed and jailed. Even worse,Teddy’s embezzling father flies in from exile in Costa Rica to help spring Carofrom jail, putting his own freedom in jeopardy.

As Teddy continues her investigation, she finds herself upto her ears in Renaissance fair actors and stuntmen, assorted animals,squabbling boat live-aboarders, and gang members. 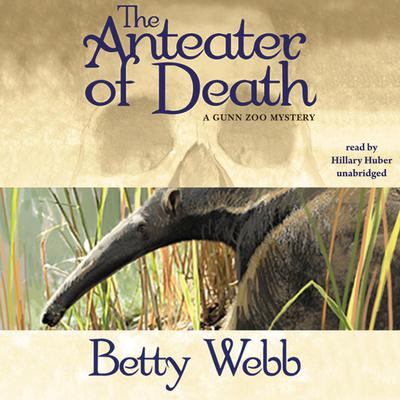 The Anteater of Death

If Lucy, the pregnant giant anteater from Belize, didn’t kill the man found dead in her enclosure, who did? California zookeeper Teddy Bentley must find the real murderer before her furry friend is shipped off to another zoo in disgrace. Then another human bites the dust, the monkeys riot, and the wolves go nuts. Things get worse when the snooty... Read more » 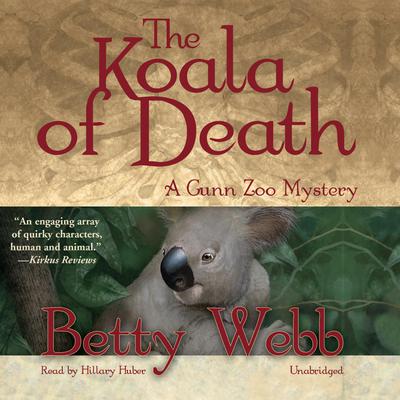 The Koala of Death

When zoo keeper Theodora “Teddy” Bentley fishes the body of Koala Kate out of Gunn Landing Harbor, she discovers that her fellow zoo keeper didn’t drown—she was strangled. The clues to Koala Kate’s killer implicate other animal keepers at the Gunn Zoo, including Outback Bill, marsupial keeper and Kate’s Aussie ex-boyfriend; and Robin Chase, the... Read more »

The Llama of Death

Theodora “Teddy” Bentley, zookeeper at the Gunn Zoo, takes the zoos llama, Alejandro, to a Renaissance fair in the Monterey Bay area.That is where Teddy discovers the still-warm body of the Reverend VictorEmerson, owner of the local wedding chapel, dressed in his costume as Henry theEighth. At first it appears that Alejandro stomped the man to... Read more » 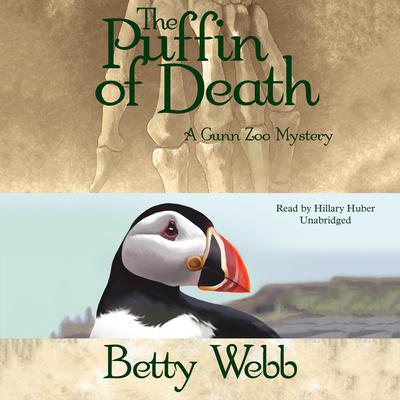 The Puffin of Death

An exotic trip to Iceland puts Teddy the zookeeper in the middle of the murder case of a wealthy bird watcher.California zookeeper Theodora Bentley travels to Iceland to pick up an orphaned polar bear cub destined for the Gunn Zoo’s newly installed Northern Climes exhibit. The trip is intended to be a combination of work and play. But on day... Read more »

Notice to our customers about The Llama of Death