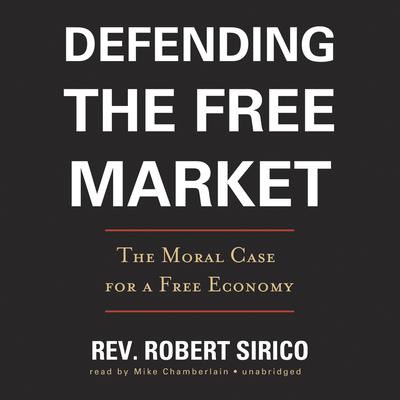 The Moral Case for a Free Economy

The Left has seized on our economic troubles as an excuse to“blame the rich guy” and paint a picture of capitalism and the free market asselfish, greedy, and cruel. Democrats in Congress and Occupy protesters acrossthe country assert that the free market is not only unforgiving, it’s morallycorrupt. According to President Obama and his allies, only by allowing thegovernment to heavily control and regulate business and redistribute wealth can we ensure fairness and compassion.

Exactly the opposite is true, says Father Robert Sirico in his thought-provokingbook, Defending the Free Market: TheMoral Case for a Free Economy. Father Sirico argues that a freeeconomy actually promotes charity, selflessness, and kindness. In Defending the Free Market, heshows why free-market capitalism is not only the best way to ensure individualsuccess and national prosperity but also the surest route to a moral andsocially just society. Father Sirico shows why we can’t have freedom without afree economy, why the best way to help the poor is to a start a business, why charityworks—but welfare doesn’t, and how he himself converted from being aleftist colleague of Jane Fonda and Tom Hayden to recognizing the merits of afree economy.

In this heated presidential election year, the Left will argue that capitalismmay produce winners, but it is cruel and unfair. Yet as Sirico proves here,capitalism does not simply provide opportunity for material success—it ensuresa more ethical and moral society as well.

Notice to our customers about Defending the Free Market