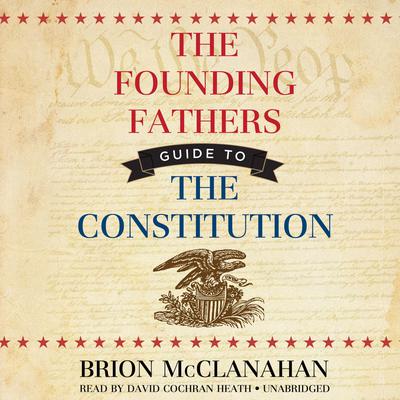 The Founding Fathers’ Guide to the Constitution

What does the Constitution really mean? How did the founding generation intend for us to interpret and apply the Constitution? Are liberals right when they cite its “elastic” clauses to justify big government, or are conservatives right when they cite its explicit limits on federal power? Professor Brion McClanahan, popular author of The Politically Incorrect Guide to the Founding Fathers, finds the answers by going directly to the source—the Founders themselves, who debated all the relevant issues in their state constitutional conventions.

In The Founding Fathers’ Guide to the Constitution, you’ll discover

–How the Constitution was designed to protect rather than undermine the rights of states;

–Why Congress, not the executive branch, was meant to be dominant—and why the Founders would have argued for impeaching many modern presidents for violating the Constitution;

–Why an expansive central government was the Founders’ biggest fear, and how the Constitution and the Bill of Rights were designed to guard against it;

–Why the founding generation would regard most of the current federal budget, including “stimulus packages,” unconstitutional;

–Why the Founding Fathers would oppose attempts to “reform” the Electoral College; and

–Why the Founding Fathers would be horrified at the enormous authority of the Supreme Court and why they intended Congress, not the Court, to interpret federal law.

Authoritative, fascinating, and timely, The Founding Fathers’ Guide to the Constitution is the definitive layman’s guide to America’s most important—and often most willfully misunderstood—historical document.